Set in the regency era in London, the Shonda Rhimes series focuses on the romantic pursuits of the Bridgerton and Featherington families. After making her debut on the social scene, Daphne Bridgerton is deemed by the Queen as the fairest on all the land. This means she has a constant line of suitors asking for her hand in marriage. But it’s The Duke of Hastings (Simon Basset) who catches her eye and who can blame her, he’s a ridiculously handsome man. I may or may not have had several sex dreams about him involving a spoon.

Daphne and Simon get caught making out, and because it’s the ‘1800s — this means they have to get married. Their honeymoon is where this show gets extremely sexy. Two words: Episode Six. It’s pretty much a 57-minute bang session. Lady Bridgerton’s whole existence is driven by matching her daughters up with promising suitors, so she doesn’t tend to think about herself and her own needs very often. We did see a few glimpses of horniness when she spoke about her relationship with her husband, and we know she’s given birth to a whopping eight children — so she definitely knows how to fuck. Good for her!

Benedict can fuck! I just know it, he’s that artsy type who appears introverted at first glance, but once you get him in the bedroom, he’s an absolute savage. He’s a gentleman in the streets but a freak in the sheets. 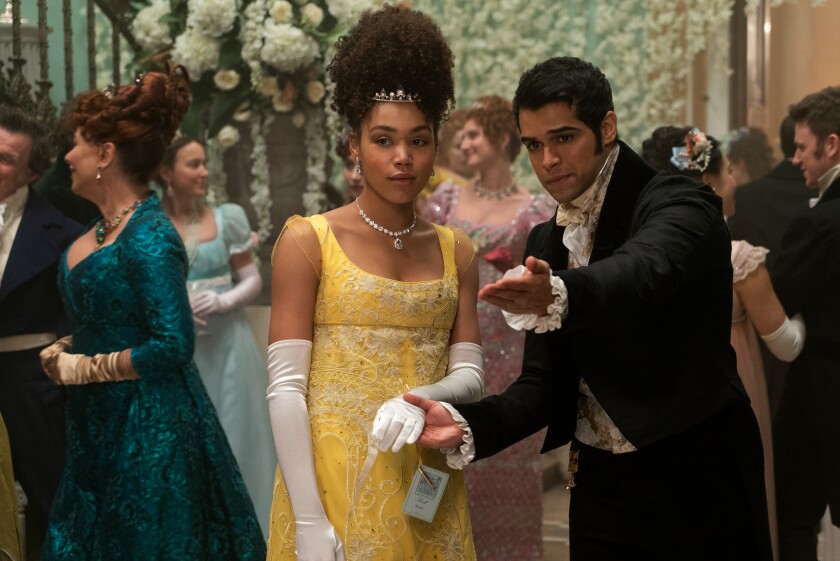 Daphne might not have started the season as an absolute sex demon, but she ended it like that. Much respect. While she was a virgin before her honeymoon, she and Simon truly made up for lost time and they banged all over their Hastings country home. The attractive couple couldn’t keep their paws off each other and that whole scene in the library should be taught in sex ed when learning the importance of female pleasure.

1. Simon, The Duke of Hastings

Hot, hot, hot! He’s so hot that as soon as my eyes meet his gaze, they are set aflame and I have to dip my head into a nearby shower to cool off. Anyone who can make licking a spoon look like some crafty sex act is someone who is simply buzzing with sexual energy.

Bridgerton is available to stream on Netflix.