The year is 2010: You slide on your galaxy print tights, pair them with your favourite mint peplum top, your trusty Jeffrey Campbell Lita boots, and the chunkiest statement necklace you can find. You ARE fashion.

But now, a decade later, you’re just sitting here cringing and wondering what the hell you’re wearing in all your throwback pictures.

this was a dark, dark time for women in the early 2010s: pic.twitter.com/b4TEUREnw0

The sad reality is that fashion in the early 2010s was questionable at best. Between dressing for the club like we had all just left the office, to the grip that Jeffrey Campbell shoes had on society, to the takeover of galaxy and pineapple prints, the 2010s sure was a moment for fashion.

So let’s take a look back at 13 fashion trends from the early 2010s that had Aussie girls in a chokehold: All galaxy everything was a real phase around 2011 and one company capitalised on this more than any other: BlackMilk.

Starting off with their infamous galaxy leggings, BlackMilk branched out into every print imaginable. Surprisingly, the company is still kicking around today and doing collaborations with brands like Pokémon and Zelda for licensed prints. The Tumblr era of the internet and the Lita Boot truly go hand in hand. The Lita Boot was THE shoe of the early 2010s. And just like Black Milk tights, one style simply wasn’t enough to the girlies.

The wood-heeled lace-up boot came in leather, velvet, patchwork, floral, patterns (remember the American flag?!), all studded out, and there was even the cursed Galaxy Lita Boot — a special collaboration between BlackMilk and Jeffrey Campbell. 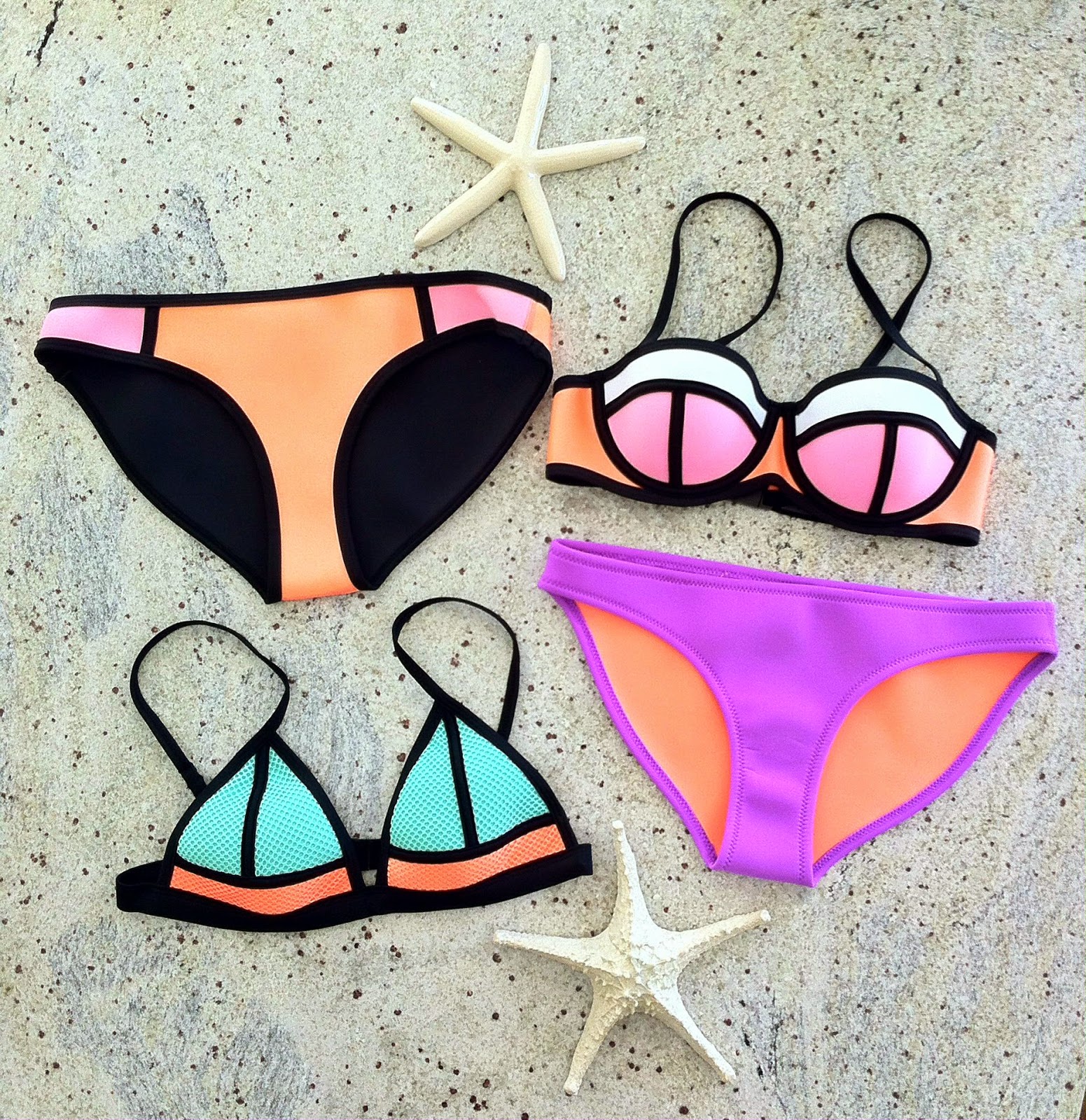 I don’t know who decided that neoprene bikinis were what all the ladies had to wear in the early to mid 2010s, but the brand Triangl really had us in a chokehold for a while there.

Triangl was so popular because it was a status symbol. You could spot a $90 Triangl ‘kini from a mile away: The bright neon colours, the aggressive colourblocking, the thick black stitching, and the mesh netting over the top gave the brand away instantly. Why were all of us happy to dress like secretaries in the 2010s? Seriously, why did we wear business casual to do Wet Pussy shots in the club followed by a 4am Macca’s run?

Don’t even get me started on the blazers we paired with the peplum too. Full-on boardroom chic in the club. 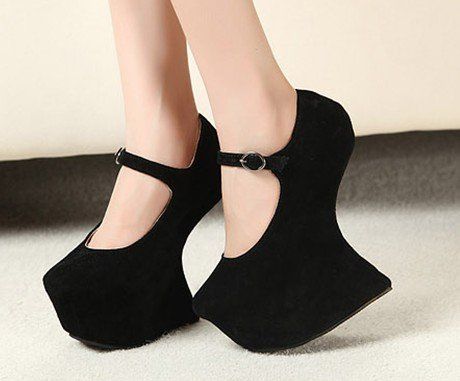 The heel-less shoe is yet another style we can blame on Jeffrey Campbell — oh, and Lady Gaga.

It just pains me to think about how many ankles were rolled for this shoe that did nothing more than make you look like you had horse hooves. But anything for fashion, right? 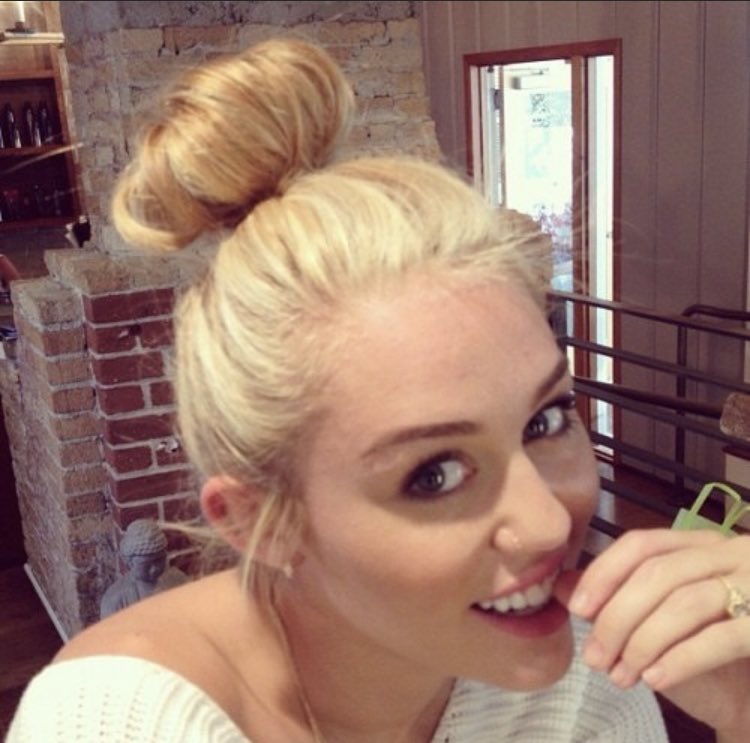 Miss Miley Cyrus perfected that “just woke up” messy bun chic and had all the ladies ready to chop and bleach their hair so we could give just 10% of what Miley was serving. The real blueprint.

If you didn’t have a pair of wayfarers — specifically, Ray Ban branded wayfarers — on in 2010s, you were no one. It’s crazy to think about how many of us forked over $200 for the boring shades just to copy the celebrities who were probably getting theirs for free. Scam of the century. If the Lita Boot was the heel of the decade, then the gladiator sandal was the staple flat shoe.

Thanks to the ~boho Coachella flower crown~ phase of the 2010s — as popularised by people like Vanessa Hudgens and Lana Del Rey — everyone was rocking the casual, but cool gladiator sandal. For a moment there, the over the knee style was all the rage but over the years the shoe cut itself down to a more manageable ankle length.

Honestly, no matter who you were or how old you were, I’m certain you had a pair of brown or black gladiators that gave you terribly dusty feet and a horrendous tan line in the summer.

The hold this particular Windsor Smith shoe had on Aussie women was truly unmatched. The double strap. The ankle tassels. The platform. The heel. The Chunk Sandal was a moment.

This photo is actually from my own Depop page, where I sold both a black and white unworn pair that I bought in the 2010s while trying to be like everyone else. Dark times.

Whether it was unnecessary embellishments on leather jackets and coloured skinny jeans, or stars pins stuck to their trusty pair of Converse, studs were a real moment. The skater skirt came into the 2010s and really knocked the denim mini skirt out of fashion. Thank God.

The circle skirt that sat at the waist and flowed out was flattering on more body types and gave whoever wore it an hourglass shape. Honestly, long live the skater skirt! Each year, the world collectively settled on one fruit, plant or animal to absolutely run into the ground.

For a while, you couldn’t turn your head without seeing pinapple-prints on everything. Then we moved onto the pink flamingo. The owl. The cactus. But truly nothing was worse than when the emoji print took over. 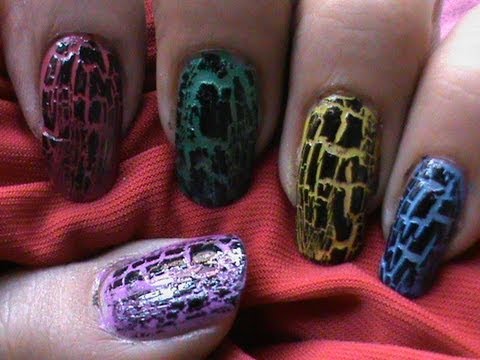 I’m sorry but what the hell was any of us thinking with this trend? Purposefully painting our nails to looked all chipped, old and crusty?! BURN IT.