17 Things That Happened On Episode 7 Of ‘Bachelor In Paradise’

Welcome back to another night of Bachelor In Paradise! My computer clock that I’ve been staring continuously at since Sunday night tells me it’s only Tuesday. Oh boy, we’re in for a journey together, you and I.

After saying goodbye to Jessica and Helena last night, two island angels who deserved better, tonight we saw the arrival of three new boys from Angie Kent’s season. Our favourite pie-man Jackson entered Paradise and immediately caught the eye of Litney, Cassandra, and every single woman in Australia. Oh yeah, and Scot entered too. Anyway, as my parent’s say every time I try to tell them a story about my life, let’s get this show on the road.

1. A new day dawned in paradise, and one of the Cleanskins asked “what’s next?”

IDK!!! What could possibly happen next on this show about making romantic connections and if you don’t make any, you have to go home? So hard to predict. 2. In more exciting news, Jackson Garlick finally made his entrance, while Renee dropped she was waiting for Matt Whyatt.

Again, the foreshadowing of what’s to come. They speak a name, and the name appears! But more on that later. Jackson was worried that none of the chicks would want a bar of him, which makes me think he mustn’t read his Instagram DMs too much. Or he has me blocked, either one.

Other than Jackson’s arrival causing a stir (with Jamie maybe the most excited for the new addition on Friend Island), Renee was busy thinking about where TF Matt was. We learned Matt was part of the now-infamous Bali trip where it seemed like 97% of the Bachy cast got together in Bali and hooked up or whatever.

Renee was with Ciarran at the time, so nothing happened with Matt, but now that Ciarran is otherwise occupied probably chatting up a tree at this stage, it’s the perfect time for Matt to waltz on in.

I still can’t believe all these people can mention any name, and the person they want just magically appears. I just whispered “Garlo’s Pie” three times and then went and stared into my oven and guess what, bitches?! IT WAS EMPTY. 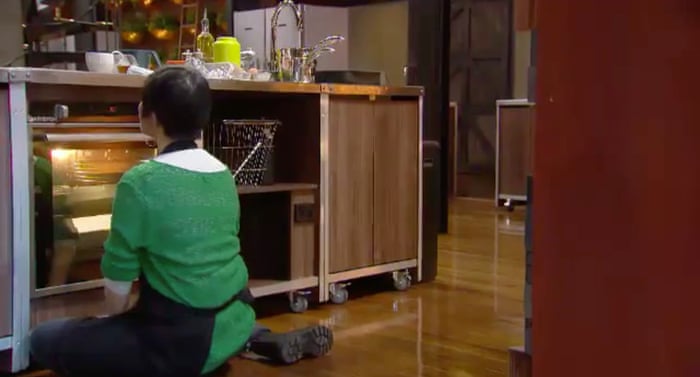 3. Litney pulled Jackson away for a chat while Jamie kept a protective watch.

When Jackson asked if Litney had any connections with anyone other than Jamie, she just looked up and said “the tree”.

Later, as Jackson pulled Cass away for a chat, Jamie tried to say Cass and Jackson would make a better match, telling Alisha and Litney that Jackson was a very mature… party boy.

Litney rightfully pointed out that Cass is a vegan who doesn’t drink, so there may be a disconnect there with Jackson, which left Jamie a little stumped for words as he pictured his friendship rose drifting out to sea. Matt came bearing a date card and it took him about 0.05 seconds to choose Renee. Ciarran wasn’t happy that Matt hadn’t approached him first for permission to take Renee out, like he’s Renee’s creepy dad from 1952 or something. Matt also dropped this accidental iconic line on Keira, which she seemed to find genuinely amusing… as did I. 5. Ciarran tried to explain to the group why he’s pissed off about Matt taking Renee on a date, and like, lol.

“I thought Matt and I were mates, I was sweet with him but messaging Renee behind my back…top mate…” Ciarran said, before Mary then asked if that was when they were together… and Ciarran said no.

Tag yourself, I’m Mary in this photo. 6.  Matt and Renee were forced to go on a tandem activity together.

If you don’t know how I feel about tandem activities like biking and kayaking now, then I won’t even get started. Just stay tuned for my debut novel “Tandem Kayaking: Why It’s The Ultimate Relationship Test” with a bonus chapter titled “If He Takes It Too Seriously, Dump Him.” I guess the saving grace here is that Matt and Renee were just on a bike, so one person wasn’t yelling at the other one about “steering” the wrong way in the water, even if there was “no destination” of where to go and it was just a scenic kaya- never mind.

They later discussed being slightly nervous about heading back to the main drag and what Ciarran’s reaction could bring, BUT they did kiss! Yay! In other words, as Osher helpfully pointed out, it means “why is there a difference between bro code and girl code?”

Fkin kill me. If you’ve ever had the punish of recapping MAFS in the year that was 2017, then you’d know why this is so triggering. Ciarran mentioned that “bro code” to him is if someone wants to date his ex, then they have to let him know.

Just smashing my fast-forward button furiously before I have to listen to any more rules from the Fuccboi Code.

8. At the Bula Banquet, everyone discussed what girl code/bro code meant to them.

First things first, I don’t think we need to divide this into some ridiculous gendered thing, so guys feel more important having a different set of rules that make their “bros” and their egos feel special.

Mary put it best when she said she doesn’t believe in the word code, but she puts herself in the other person’s situation – so if she wouldn’t like something to happen to her, she won’t do it to other people.

I mean, is it that hard?

9.  Ciarran dropped the line that “a bit of integrity doesn’t go amiss these days” which was, well, hilarious. 10. Ciarran then went on to tell Matt that he should have approached him first before asking Renee out.

Can someone check on Kiki? Kiki, blink twice if you need help. Honestly, I can’t even give this type of misogyny any more airtime than what it’s been given. 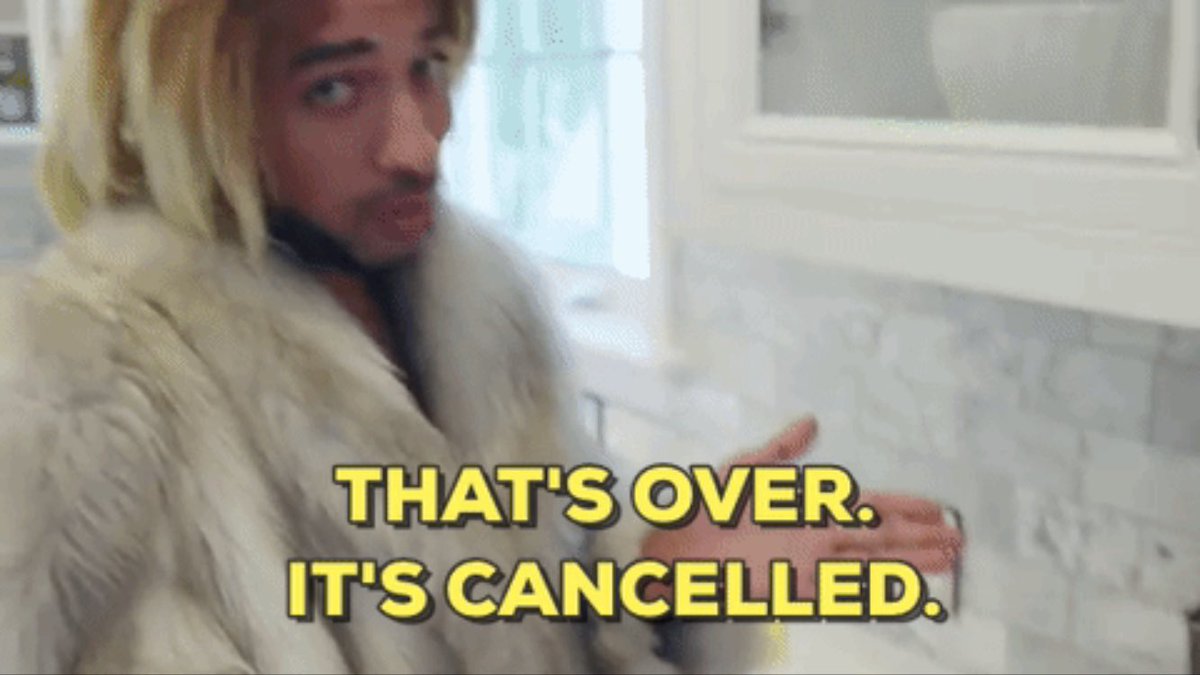 11. Meanwhile, Jamie doesn’t seem to want to give Jackson the idea Litney is single and Alisha had to explain to Jamie why that’s not cool. Also, a Cleanskin got mad!

While Alisha explained to Jamie that it’s unfair what he’s doing to Brittney (you know, considering Brittney DID have feelings for Jamie), Jamie is once again baffled by how paradise works.

“Why would I help a spark between Brittney and Jackson when I want to stay in paradise?” he asked. “Don’t put this on me.”

This caused *Gilly to jump in while Jamie was on a tangent. “Listen to what I’m saying before you talk,” Gilly said, like he was reprimanding a small child. *Gilly then said Jamie could be putting in a good word for Brittney to Jackson, which Jamie once again deflected. 12. Jackson and Litney had another private chat and he was vibing it. Meanwhile, Jamie talked to Britt about his crush on Helena. I just want to shoutout to Britt for being the most gentle soul on this show. Between dealing with her boiz and their issues (Timm and Jamie) she’s maybe the most patient person to ever walk the earth. I mean, the girl went through Honey Badger’s season! And she’s still so zen! How?!

As Jackson and Litney got to know each other better, Cass was left confused, but also this quote from her is a huge 2020 mood. I’ve been asking this question since March. “Don’t act like it’s only been since March that you’ve got no male attention,” my fucking old witch of a neighbour Doris yelled out from behind my curtain where she was clipping her toenails. “A guy hasn’t looked your way since 2009 and even then that was an accident, they just didn’t see you there when they ran into you.” 14. And we greeted another intruder: Scot with one T.

This image seemed like a better refresher on who Scot is, rather than just showing you what he looked like entering Paradise. Meanwhile, Jamie started telling Jackson in front of a group of people that he needed to start talking to other ladies, so he didn’t look like he was “rose shopping” between Cass and Brittney. “Have a 15-minute chat to Kiki, a 15-minute chat to Mary,” Jamie said. Mary was thrilled with that idea.

Yes, uh, Jackson, go chat to the girls who are happily coupled up. Makes sense.

15. Later on, Jackson and Cass started to get to know each other, and Cass fired Niranga as her main masseuse. Not that we saw any of the friendzoning of Cass and Niranga’s relationship anyway because that would mean giving Niranga screentime.

16. Litney got upset after feeling like she’s constantly everyone’s second or third choice. I have no jokes here. It’s a fucking awful feeling and I HATE seeing beautiful, sweet Litney cry.

17. And to add fuel to the fire, we ended the episode with Niranga getting a date card and deciding to take Litney, because his first choice Cass had already shot him down.

Cass told Niranga in front of a group that he was looking to a slim to none chance of receiving her rose. She told us on camera she had told him numerous times that they were only friends, so the Pie-Man entering has upped the stakes. “I may as well pack my bags,” Niranga said to which Cass yelled, “Don’t leave anything behind!”

“I think that may have nailed the last coffin in the nail for me,” Niranga said.

So when he was given his date card, the whole fact that Niranga was FINALLY getting screentime was kind of tarnished by the fact that he too, saw Litney as a second choice. Ahh men. They’re just… not that bright are they.