Neighbours has always been a kind of collective hallucination, starting with Bouncer’s wedding dream way back in 1990. Since then, Australia’s superior weeknight soap (fight me) has given us murder, romance and Billy Kennedy’s extremely good face.

35 (!!) years later, here’s some of the weirdest shit that’s come out of our beloved Ramsay Street.

#1. Half the street plummeting into Bass Strait

A plane crash that kills off a whole family is classic soap stuff, but this truly insane string of episodes covered a robbery, a faked burglary, Dylan Timmins gate-crashing his own funeral and Harold heroically strangling Paul Robinson, whose son was pretending to be his own triplet. Robert Robinson, in disguise as the same actor who played his identical brother, planted a bomb to kill his dad, who never called on his birthday. David, Liljana and Serena Bishop were all killed. Susan bobbed around in the ocean for an agonising few days, but returned to eventually carry her daughter’s baby and rock an extremely good pixie cut.

The Bishops’ slow drowning deaths were shot in a purpose-built pool in South Melbourne. A better option might have just been to keep chronically underrated Serena alive. Poor Toadfish Rebecchi hasn’t had much of a run in the love department. He married beautiful Dee Bliss, then drove her off a cliff, before leaving Steph Scully at the altar. When he eventually married his true love, Sonya, their wedding exploded and killed their friends. 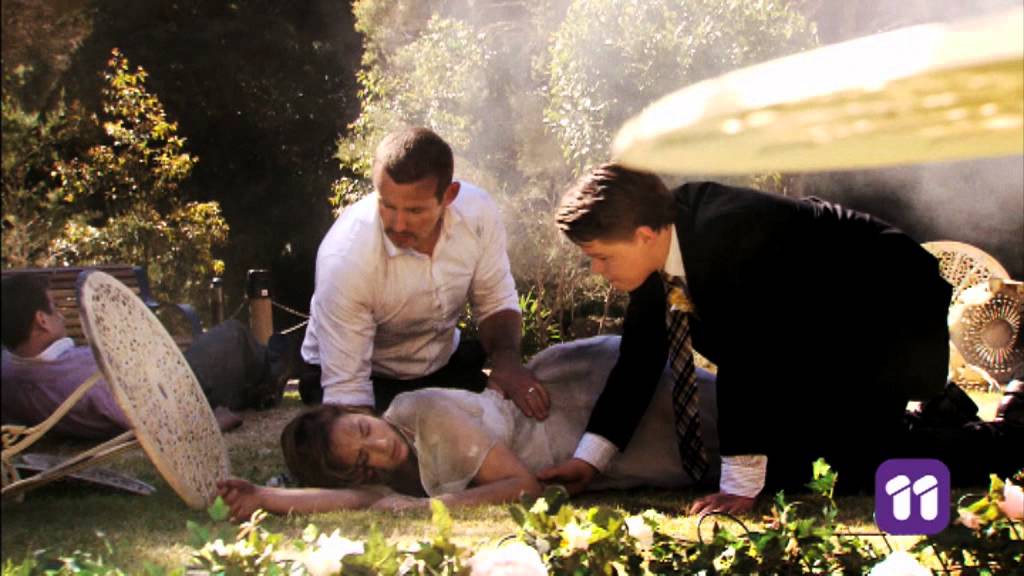 This year Sonya died in his arms (in the performance of a lifetime by Eve Morey), leaving Toadie open for yet more wedding chaos. Get your bullet-proof vests to the dry cleaners

#3. Dee Bliss coming back from the dead, sort of

Driving off a cliff doesn’t have to be the end. In 2017, Dee’s doppelganger (Andrea) turned up in the street, taking advantage of Toadie’s lifelong untreated trauma and claiming to be his dead wife. But! twist: the real Dee (not Andrea) is alive! She’d just changed her name to Karen and had a secret life for seventeen years. This being a soap, it turned out she was adopted and her imposter twin sister promptly threw her off a cliff. Again. Luckily, Dee is immune to cliff plunges and will return to screens in 2020.

Karl and Susan are couple goals, especially the part where one of you gets to sleep with Nicola Charles and then Nat Bass, but remember when Susan married a whole other man who was also secretly dying of cancer? 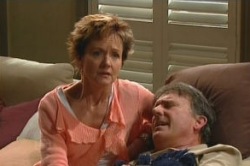 Suze’s ex Karl, the one doctor in Erinsborough, revealed the terminal illness and is somehow still allowed to practice medicine. Then Alex nearly died in the plane crash, but luckily lived long enough to instead manipulate Susan with more secrets and then convince her to marry him.

Susan’s mad for collecting other people’s children, so after he died she took custody of Rachel and Zeke and they all lived happily ever after.

There were rumours for years that Mark “Brennan” Brennan hadn’t been killed in witness protection and was actually living in a secret village of hotties, waiting to come back to his soulmate, Alana from The Sleepover Club.

It was true! Mark returned in 2013, under the cover of midday darkness, to be with Kate, who was quickly shot to death in a gazebo.

#6. Ned Parker and Dr Karl starting a kids’ band called Oodles o’ Noodles, which is definitely not a name for kids 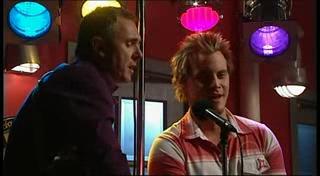 After coming 11th in Australian Idol, Ned Parker/Dan O’Connor took the logical step of starting a band with Karl Kennedy/Alan Fletcher (member of real-life band Waiting Room). “That Gooey, Chewy, Sticky Stuff” was a banger, but the band eventually broke up and Ned fell in love with a nun.

#7. Susan slipping on some milk and thinking she’s a teenager

Suze’s retrograde amnesia will go down in Australian history like the Harold Holt Swim Centre and fighting about potato scallops.

While Karl was at Lou’s Place flirting with a couple of oldies, Susan slipped on spilt milk and woke up believing she was in 1972. Her daughter Libby convinced her to go to hospital, but she escaped and followed some kids in 70s costumes to a party at the school, where they were all, “actually, it’s 2002 and you’re the principal, and also, you’re married to the only doctor in town.”

Because this is TRUE LOVE, Susan eventually fell in love with Karl again and her memories came back.

Jackie Woodburne, who is all of our mothers, gave a cracking performance here. She later said the story was based on a real-life UK woman who fell over in a supermarket and lost thirty years of memories.

Melbourne’s eastern suburbs are better known for Minimaxes than freak weather events, but in 2014 a tornado ripped through Erinsborough. Climate change probably. 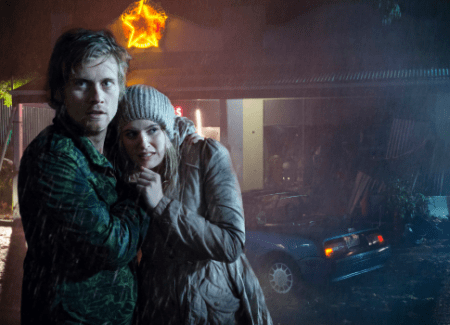 Over two dramatic episodes, a flyaway skip took out Paul, while Kylie Minogue’s son used the romantic moment to propose to his girlfriend and Kyle got trapped in a portaloo.

In Harold’s, a falling beam caused Lou to choke on his sandwich! But Susan performed an emergency tracheotomy, something she learnt over the phone from her husband, Karl, who’s every kind of doctor. Robert really hated his dad. Besides exploding a plane in mid-air, he also tried to poison Paul, left Paul for dead in a mineshaft, and shot Paul at his own wedding. When none of that went to plan, clever camera work strongly implied he’d killed and buried larrikin Connor under the rose bush in Paul’s front garden. Connor returned for a guest stint in 2012, but it doesn’t make the story less true.

This year, Robert’s half-brother and noted homophobe David went to visit him in gaol, while his twin brother ratted on him.

How many kids does Paul Robinson have?

#11. Marlene going on a cruise and never coming back

Perhaps the weirdest Neighbours moment of all. In the late 90s, Marlene Kratz nicked off on a three-month cruise and just … never came back. It was even acknowledged in a reunion episode in 2005, where we learnt she liked it so much she stayed aboard forever. The actress who played her, Moya O’Sullivan, died in 2018, but I like to think she’s still out there, floating about.