By now you’ll be aware that 2019 movie Cats has become one of the most cursed films in recent err… memory, along with majorly bombing at the box office.

Whether you loved or loathed it, one question that seems to be missing from all the dialogue is: Which cats in Cats act the most like actual cats? If you’ve ever wondered this, then you’ve come to the right place.

While I might not be an expert on the movie Cats, I am an expert on cats: the feline pets. Having three cats myself, I’m a verified cat lady who knows far too much about the different behaviours exhibited by our furry friends, and how much their personalities can vary.

Let’s get into this extremely serious study!

We Ranked The Cats In Cats Based On How Much They Acted Like Actual Cats: Mr. Mistoffelees is the worst cat. Cats cannot and do not do magic. They just can’t. Even if they could, as if a cat would pull a rabbit or bird out of a hat and not immediately feast on its flesh! Never! 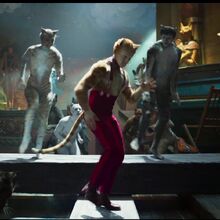 Ain’t no kitty kicking about in high-waisted pants and suspenders?! Ain’t no feline allowed aboard a damn train?! This is NOT a cat. Lies! These two cats are actual criminals. These petty thieves plan their attacks on rich homes and steal from families but like, what exactly do they do with their finds? Sell them at a pawn shop? Would anyone actually serve two cats?! It seems WILDLY unrealistic to me. Taylor Swift is not a very good cat. Firstly, cats are not sprinkling catnip on each other, because cats do not have fingers and opposable thumbs to do so. They could never hold such a thing. Secondly, Taylor did not move like a cat, instead she stood upright and shimmied her hips like she was performing ‘Shake It Off’. Taylor is a very bad cat. Victoria is a sweet and innocent furball. She is far too trusting and naive, which reminds me of some rather meek cats I’ve encountered.

But she is far too graceful for my liking. While cats might be able to leap across great heights, they also often fall off things; falling asleep and then rolling off the couch, or trying to jump on a bench and headbutting it instead. Cats are messy bitches. Victoria is almost a cat but not quite.

Grizabella in Cats is a very sad and mopey cat. Before she belts our ‘Memory’, all Grizabella does is hide in the shadows, stalk fellow cats and lay down next to street lamps… which is all rather catlike tbh. Gus is a solid cat. Who could have imagined watching Sir Ian McKellen gently rubbing his face fur up against a wall could be so satisfying? While he doesn’t do much in the film and mostly just looks perpetually startled, this is pretty consistent with cat behaviour. My own cat looks like she’s about to have a panic attack at any given moment. I don’t know why James Corden did this movie but I do know that he made a pretty good cat. He mostly had his head in a garbage bin, looking for scraps of food, and if that ain’t a cat, I don’t know anything anymore. 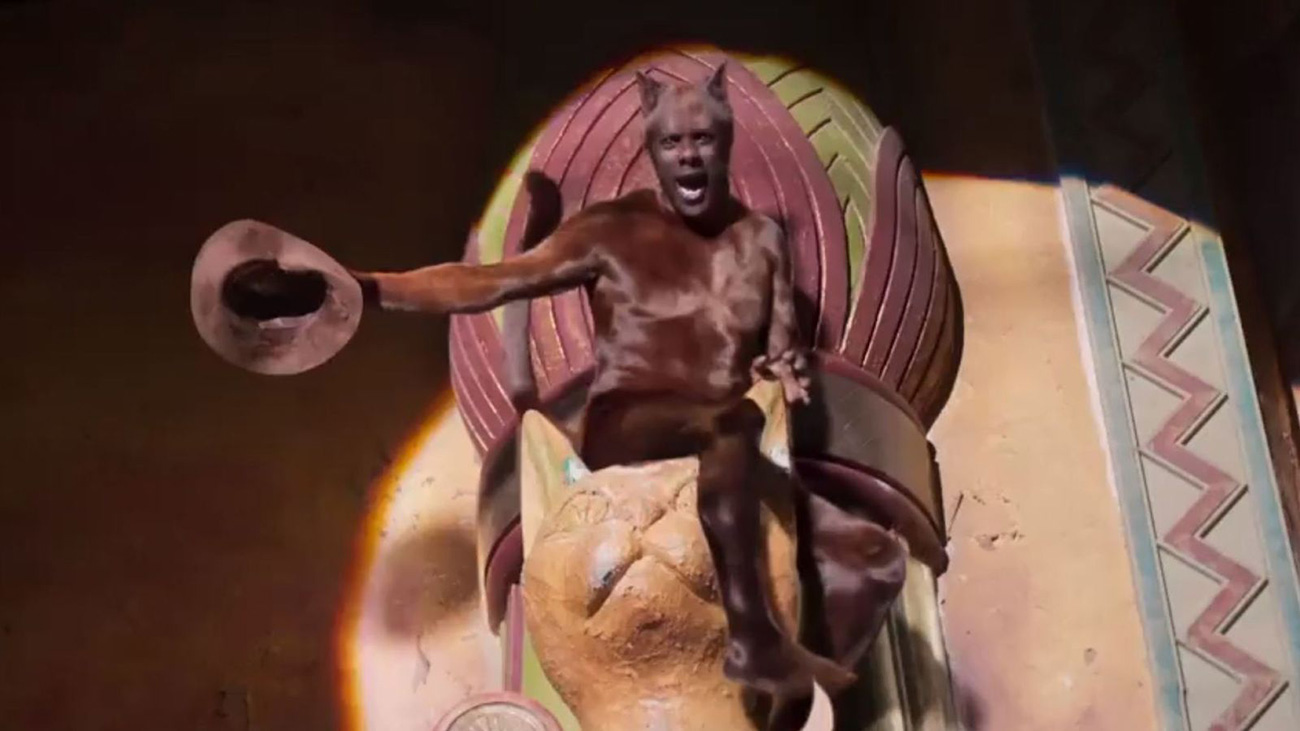 Let’s put all the weird magic shit aside. Macavity always has a hidden agenda which in turn is… very catlike. He spends his days hiding behind objects, sitting around corners, stalking his enemies and quietly plotting their demise. As someone who owns a female cat, who truly despises my other female cat, this is all consistent with domestic felines. Did we ask to see Dame Judi Dench as a cat, possibly wearing another cat as a fur coat? No. Does she somehow pull it off? Yes. For most of the film Old Deuteronomy does very little and watches on from the comfort of a wicker basket, occasionally stretching and napping. That’s a cat. Judi is a cat. Let’s put aside the tap dancing beetles and crooning mice for a second – actually I’d happily forget that whole horror show for eternity. Rebel Wilson is a perfect cat. If you don’t believe me, please read this description of her:

Rum Tum Tugger is a fussy cat and, if you know cats, you’ll know they are all fussy and ridiculously hard to please. I can’t count the times my cats have demanded to be let outside before stomping back inside a second later.

Don’t let his sexy alter ego trick you, in my eyes, Jason Derulo will forever be known as a curious cat.