One of the most iconic moments in ’00s Australian television drama was the Summer Bay Stalker storyline on Home and Away. It had fans of the show absolutely hooked into who was terrorising the small beachside town and most importantly… why?

The original storyline followed Eve Jacobsen, who wreaked havoc on the bay as revenge for Sarah Lewis, an ex-patient of hers at a psychiatric hospital who she fell for. Sarah was the one who shot Noah Lawson before turning the gun on herself. Eve first murders Zoe McCallister, a new nurse at the hospital, and assumes her identity before enacting her revenge plan on the Bay.

In her time, Eve/Zoe sets Noah’s place alight with his widow Hayley still inside, sabotages a seaplane flight to try and kill the group on board, frames someone for her crimes, and begins targeting Sally Fletcher, trying to kill her twice. She continued to torment the Bay with various other threats before crashing Jack and Martha’s wedding where she is killed by a gas explosion. Obviously.

They sure don’t make ’em like they used to.

If you lived in that era watching the show, no doubt you spent recess with your mates trying to put together the clues to figure out who the Summer Bay stalker was. Or maybe that was just me. Anyway, fuelled by nostalgia and with the pandemic making me fall back into my old Home and Away watching patterns every weeknight, I decided it was time to write a new Summer Bay Stalker storyline for the show. Channel Seven, if you’re reading this, you’re welcome.

So now I want you to come along for the ride with me and see if you can try to figure out the new stalker (spoiler: it’s not me stalking the characters on this show).

I created a new Summer Bay Stalker storyline for Home and Away because I got bored shitless in isolation.

Like all good stories, we need to set the scene. Let’s catch up with where our current Bay residents are at shall we?

Angelo Rosetto has returned to Summer Bay to solve the murder of Ross Nixon, Bella’s dad and Colby’s stepfather. His wife Taylor also joins him, but is increasingly frustrated by his attention to the case. But why did this duo come back to the Bay?

Tensions are high in the Bay. Colby is trying to cover his tracks over killing Ross, Dean can’t remember if he left any evidence with Ross’ body and is trying to cover his lies to girlfriend Ziggy, and Bella is on edge being thrown into a situation she’d rather forget. Anybody could snap in the pressure of this tangled family murder web.

On the other side of town, Mac is still struggling in her love triangle with brothers Ari and Tane, Jasmine is still mourning the death of her husband Robbo (although is he truly dead?), and Tori is still struggling with trust issues with Jasmine while trying to attend to brother Justin and his new health issues. Jasmine seems to have moved on from her obsession with being baby Grace’s mother, but she’s undoubtedly a ticking time bomb at the best of times.

After the family lost Mason earlier this year, Tori is begging Justin to undergo surgery for the abnormal cells in his spine, and Justin is getting increasingly more stubborn about it. Leah is trying to be the supportive girlfriend but she’s also undergone serious trauma this year through her own kidnapping ordeal, and can she ever be over it?

Alf, Roo, and Ryder are struggling with the appearance and subsequent loss of Evan in their lives, only for his unknown twin brother to waltz into the Bay. Owen claims he has no idea he had a twin brother… or did he?

As every family faces their own battle, things start to go awry in the Bay. Important items like Marilyn’s tarot reading cards go missing. Justin’s shop is broken into and a car stolen. An anonymous message is left in Colby and Bella’s letterbox, stating that someone out there knows what they’ve done. Angelo’s wife Taylor is attacked late at night and only narrowly escapes. And things come to a head when the diner is broken into and an unnerving spray-painted message left on the wall, with Alf’s shredded-up hat laying underneath. This leaves the town questioning what the hell is going on… as well as questioning each other. Colby has the most to lose. He’s murdered his abusive stepdad Ross Nixon and covered up the death, but with Detective Rosetta in the Bay to investigate the murder, it wouldn’t surprise anyone if Colby finally snapped. After all, not only did his stepdad ruin his wedding, he shot his best friend, tormented his sister, and Colby’s wife left him after finding out about the murder and coverup.

Colby terrorising the Bay as the new stalker makes perfect sense as it gets the police off-track from their investigation, plus as a police officer himself, no one would ever suspect him. Jasmine has had an incredibly tough year, first losing her husband Robbo, and then she thought she was pregnant with his baby when she wasn’t. Oh and don’t forget the saga where she got overly attached and protective over baby Grace, the last remaining piece of Robbo she had left. Jasmine’s already got huge stalker vibes: the online mum forum she joined masquerading as Grace’s real mum was enough to prove that. Given the trauma of her year, Jasmine hasn’t been thinking clearly for a long time now.

Who’s to say she wouldn’t go to that dark place, and start taking her anger out on the Bay and its residents for ruining her life?

Bella’s grown so much as a character since her arrival to the Bay, but the amount of shit she’s gone through is enough to make anyone finally lose the plot. Not only did her own brother kill her father, her mother is also dead (at the hands of her father), and Colby has placed enormous pressure on Bella to keep his secret. She’s only a kid at the end of the day, and she’s already tried to run away and start a new life before being guilted back into being the bigger person and lying for Colby.

If Bella was to seek revenge on the people who have turned her life into the mess it is, it’d be a dark end for the family but one that would make total sense.

Not only has Justin lost his brother and had to become a father figure for his baby niece, but his girlfriend Leah went missing for months, and now he is facing the decision of having to have spinal surgery that runs the risk of leaving him paralysed. That stress could make anyone snap, and we all know Justin isn’t the most rational person in the Bay. Maybe he just finally wanted to be the one to cause havoc instead of being the victim all the time. Huge straight male energy.

With her husband often ignoring her for his work, Taylor has come to the Bay and is likely to feel more isolated and lonely than ever. Even though Colby is showing her special attention, he’s only using her to find out inside information about the Ross Nixon case. When that comes to light, Taylor, sick of being used by the men in her life, could set out to destroy the town she wanted to call home. Stranger things have happened. Angelo has popped back up to his old town to solve the murder of an abusive father, but what is he really doing back? What happened to Nicole and the baby? Why, out of all the detectives in the country, does he have to be the one to chase up this investigation? Why did he come in so suspicious of Colby and Bella anyway?

Angelo’s appearance has created more questions than answers, and if that doesn’t reek of suspicion I don’t know what does. Plus, given he’s the most senior cop in town right now, covering his tracks while terrorising the Bay would be all too easy.

Right, so we’re just supposed to believe this random man has stumbled into the Bay, not knowing that he is the spitting image of a recently deceased man who just happened to be his twin he never knew about? RIDICULOUS!

Nothing in Summer Bay is ever a coincidence so here’s the theory: Evan isn’t really dead, and Owen isn’t real. Evan faked his own death and came back to the Bay in disguise to destroy the place Alf Stewart loves the most, all because he holds the Stewart family responsible for keeping him separated from his son Ryder.

OK, OK, so who is the stalker? 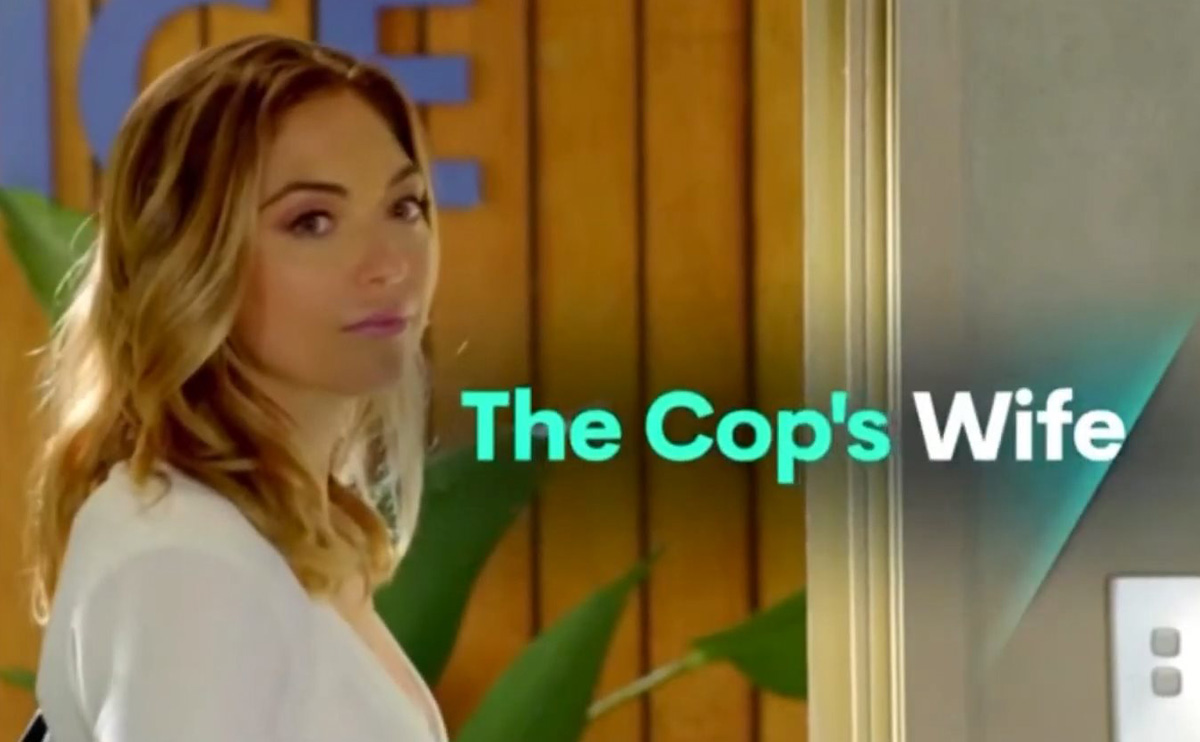 Taylor Rosetta came to the Bay with a mission and it wasn’t to follow her husband in order to spend more time with him. While Angelo is hard at work, Taylor had a mission of her own with the same end goal as her husband: to find out who killed Ross Nixon – her father.

Yes, you heard that right. Taylor was a secret daughter of Ross Nixon, making her Bella’s half-sister. While her husband worked at solving the murder, Taylor laid low, seducing Colby (her main suspect) to find out more details and wreaking havoc on the Bay. She knew her father had a temper, but she only grew up with fond memories of him before he left her family when they were young. She always harboured a secret jealousy of the “other family” he went on to create. And her romantic connection with Colby? Don’t worry, he was Ross’ stepson so they aren’t related. Huge soap opera vibes.

Angelo is completely blindsided as Taylor is dragged off in handcuffs after holding Bella and Colby hostage in Alf’s bait shop. Ross Nixon’s murder is all but forgotten in the aftermath of the terror that has gone down in the Bay.

Colby and Bella are once again free.