If you want to see the true colours of any self-respecting Aussie, bring up potato scallops or potato cakes in a convo and it will quickly descend into all out war.

It’s not always easy being from the great state that is Victoria, where we often have names for things that are at odds with what the rest of Australia calls them, especially in the case of our stateside sworn enemy: New South Wales.

As one of the only Melburnians in an office of Sydney-siders, I often find myself having to defend my vernacular against a angry mob of Jatz-wielding maniacs, aka my dear friends and work colleagues.

.@Serco_Inc hi can we talk about you setting up a private resettlement facility for people who call them potato scallops?

I am here today to say that the words most Victorians use to describe things are not only correct, but more accurate and logical.

These are the correct words for things:

The greatest debate that will divide any group of interstate friends is whether beloved slices of fried potato, often sold at fish and chips shops, are called either potato cakes (yay!) or potato scallops (boo!).

This argument has inspired a lot of memes, and this is my fave even if it is vastly incorrect.

People get VERY angry about this particular debate. Put briefly: calling them potato scallops is very confusing. Let me put the main issue in simple terms: if you were at a fish and chip shop and wanted to order actual scallops, a popular type of shellfish, is this not rather mindfucking?!? Add to this, that when you switch those words around to ‘scalloped potatoes’ the meaning shifts again.

These are scalloped potatoes:

WHAT ARE YOU DOING TO YOURSELVES? Why do you want to use words that already have a very specific meaning of their own? Do you thrive off chaos? Are you wanting to send society into anarchy?

Thankfully, according to this BuzzFeed survey the statistics are on my side. I get that the term potato cakes might sound a bit inaccurate. We all know what cakes are and they don’t often have anything to do with potatoes. But if we’ve got to choose an option, and neither is perfect, it’s got to be potato cakes FTW.

In Victoria, we keep it simple. Want to go swimming? Put on bathers, an abbreviation of a bathing suit. Outside of the state, y’all throw all kinds of terms around. Cozzies? Togs? And most popular: Swimmers?

I won’t even go into togs and cozzies ‘cos they sound like something my nanna would say. So sticking with swimmers, again this term is vague and can mean multiple things. Tbh, when I think swimmers, I think of a team of swimmers… you know people who swim.

YES. I am aware the term ‘bathers’ could refer to people bathing together in some kind of communal bath. But pull your head in, no one in Australia does this and we don’t live inside a Renaissance painting.

It is important to state from the outset that I am referring to the schoolyard game commonly played at recess and lunch involving 4 or 6 concrete squares and a tennis ball. No walls are involved in this game and when I played it, the game was called downball. It was never handball. WTAF.

You may chuckle at the seemingly basic term of ‘downball’ describing a game. My work colleagues were first to argue that all ball-centred games involve a ball going down. Yes sure, but in most of those games the ball also goes up.

The simplicity of the term is what makes it so accurate. No up. Only down. Downball.

The subject was breached in a Reddit thread last year, resulting in an argument over whether the popular school sport is called downball, four square or handball.

Now, I will concede that the proper name for the sport is four square, but I can not speak to this as at my school we called it downball. DOWNBALL.

In the comments that followed on Reddit, some people seem to be misidentifying downball as some kind of wall game. Maybe at your school it was, but in my area there was no wall involved.

Downball goes down. No wall. Only down.

Our friends down at Tassie seem to know what’s up, err I mean what’s down.


I understand that not many people call this beautiful game downball and I am in the minority. But this doesn’t mean I’m wrong.

What the fuck is handball? Good question. Wikipedia tells me: Handball is a team sport in which two teams of seven players each pass a ball using their hands with the aim of throwing it into the goal of the other team.

After a quick google I discover it is very much a sport that exists, but it’s nothing like downball. 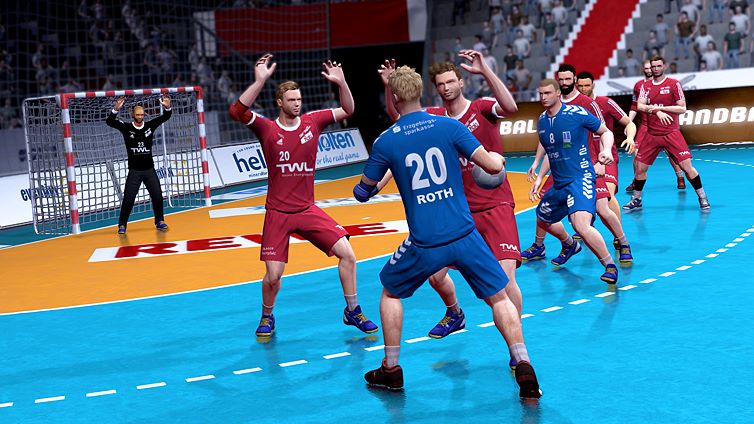 It looks rather stressful tbh.

This is some peak NSW behaviour. Y’all love using the wrong names for things and confusing each other. Try downball. It will change your life.

I end this lesson with one of the weirder nationwide debates, which again pits Victoria against the rest of the country. Savoys Vs. Jatz. Firstly, WTF is a Jatz?

Are Jatz even the same thing? According to Arnott’s Biscuits they are slightly different. Savoys contain golden syrup and as stated below, were made before Jatz came along to steal their glory.

Most importantly: SAVOYS TASTE MUCH BETTER.

I’m not really sure whether I care too much about this biscuit battle but I’ll leave you with this image of Jatz-flavoured Drumsticks that were truly terrible and it should settle any further arguments.

Phew, I’m tired from all this arguing. I’m sliding into some bathers ready to chow down on potato cakes and Savoys over a rousing game of downball.

*Logs off the internet forever*