A Dedication To ‘Pretty Little Liars’, The Most Bonkers Show Of The 2010s

As a young child, getting hooked on a television show meant waiting in angst to see the next week’s episode after a cheeky cliffhanger. But the 2010s brought with it the greatest gift to mankind (and no, I’m not talking about Channing Tatum): binge-watching TV.

Oh, the guilty joy aroused by sitting on my couch for days at a time, swaddled in blankets and with endless mugs of hot chocolate in the school holidays while I binge-watched the most bonkers show of the 2010s: Pretty Little Liars.

Do you remember that time Mona had a fridge-full of vials of her own blood and used them to fake her own death (only to be kidnapped by Cece Drake’s ‘A’ and held hostage in a dollhouse, forced to act like Alison)? 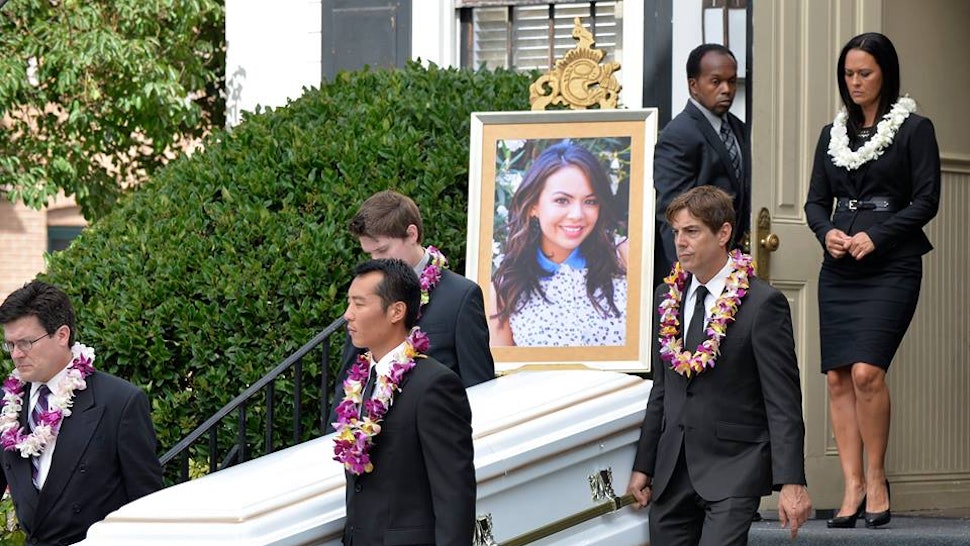 Or when Jenna blackmailed her half-brother, Toby, to bang her? When Alison found out, she told her friends Toby had been perving on them, and they threw a revenge stink bomb into the shed where Jenna and Toby were doing the nasty, resulting in Jenna losing her sight.

The downright strangest storyline, however, has to go to Emily’s fertility plot. She donates her eggs to a fertility clinic for cash. Of course, ‘A’ (later revealed to be Alex Drake) finds out and steals them, impregnating Alison against her will with twins who biologically belong to Emily (and Wren Kingston – plot twist, aye).

I remember sitting in a lecture theatre as the Pretty Little Liars finale aired and following the live tweets as the US enjoyed the final ‘A’ reveal. The addiction I felt for this TV show was unlike any other; it was honestly my whole life for years on end. When I wasn’t watching the latest episode, I was talking to my friends about that episode. I’d spend my free time concocting theories to answer my eternal life mystery: who is ‘A’? and then spend even more time lurking internet forums to read others’ theories. I’d like to officially apologise to my HSC at this point.

And who can forget Ezra, Rosewood High School’s English teacher? Sure, Ezra’s ease with dating an underage teen girl (one of his students) is not very cool. But the man is a stunner.

The PLL writers were certainly unafraid to recycle their storylines. The evil secret twin plot twist is gloriously cliched at the best of times, but goddamn the PLL writers pushed it as far as it could go.

We thought the OG evil twin plot was cray – When Mrs DiLaurentis’ twin, Mary Drake, the biological mother of Charles DiLaurentis/Cece Drake, Alex Drake and Spencer Hastings, was revealed to be tied up with the season six A reveal. But when the final ‘A’ turned out to be Spencer’s severely twisted identical twin sister, Alex, I was mad I didn’t see it coming.

Also, at the end of the series Alison gave birth to twins who biologically belonged to Emily and Wren. Talk about seeing double.

Speaking of recycled storylines – one could never be sure if a person in Rosewood was really dead.

The classic example is Alison DiLaurentis, the central character (at the beginning, at least). Early in season one Alison’s remains are apparently found after she’d been missing for a whole year. In season four it’s revealed that Ali is actually alive and on the run.

Remember the season two finale, where Mona hurled over a cliff, only to be magically revived by season three?  It’s no wonder Mona ended up in Radley.

The one character we all desperately wished would come back from the dead, however, was Emily’s early love interest, Maya. Because we never actually saw Maya’s body on screen, she was tangled up in plenty of online ‘A’ theories – mostly because we shipped her and Em so hard.

The main crew had their fashion absolutely down pat – especially at funerals. Heck, they attended enough funerals to have a complete death wardrobe, and they did.

Aria in particular had a fashion sense that stunned – quirky but chic, cute yet BOSS.

I’d froth over a Pretty Little Liars remake and I’m not even remotely sorry.