The Definitive Ranking Of Cursed Dolls In Horror Movies

There is something about a scary doll in a horror movie that can leave even the bravest movie-goer scarred for life.

I would argue that all dolls are fundamentally creepy. There is often something shifty going on behind their eyes and if Toy Story taught us anything, they all have hidden agendas. So when a doll comes along that also happens to look horrific and is cursed by dark forces, oh boy, I’m out. I’m done. It’s just too much.

Saying that, I have a soft spot for scary doll movies and I’ve seen far too many. With the release of Annabelle Comes Home and Child’s Play this year, I thought it was the perfect time to lay down an ultimate ranking of the spookiest dolls AKA the ones I still see in the corner of my room at night when I have sleep paralysis.

Our Definitive Ranking Of Cursed Dolls In Horror Movies:

What is this thing? Are those brows microbladed on? Why does he have fillers? I have so many questions. The Child’s Play reboot was actually pretty good but I couldn’t get past the fact that Chucky 2.0 just didn’t look scary. He looks cute, I just want to give him a cuddle. This is the opposite effect the movie should be going for.

#8. Billy the Puppet in Saw If you know the Saw movies, you’ll know that Jigsaw was the true villain and Billy the Puppet was just the one delivering the news. I dunno, I kind of found Billy adorable. Sure, the rules he lays out to the victims were grim but just look at him. That sweet little dapper tuxedo, the tiny bicycle. I wanna take him home. That is a face only a mother could love. Robert is very ugly and his origin story is even uglier. The doll is based on an actual haunted doll first purchased in 1904 and is said to move, change its facial expressions, and ugh…make giggling sounds. The film itself was not great though, so the creepy doll was mostly wasted. 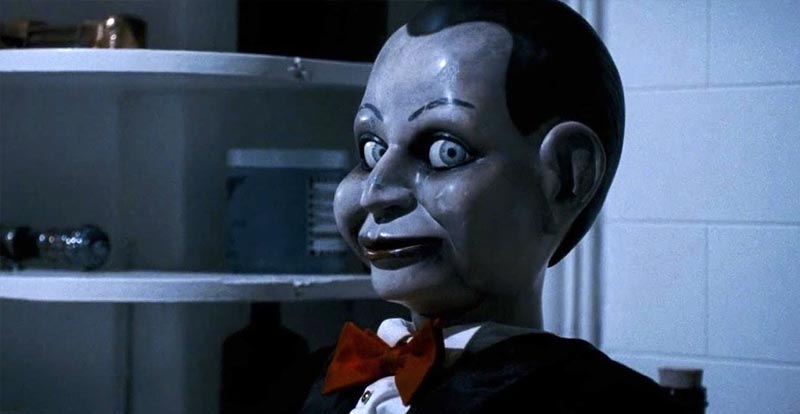 Ventriloquist puppets are a whole other genre of creepy. There was Slappy in Goosebumps, Sid in Buffy the Vampire Slayer, but nothing quite as spooky as Billy in Dead Silence. Every time he is regifted to someone new, they die and get their tongues ripped out. Billy is NOT for kids. When people talk about clowns in horror films they usually mean Pennywise but my mind goes straight to the clown doll in Poltergeist. That shit is fucked up and I still haven’t recovered. If you’re unfamiliar with Puppet Master, Blade is the leader of the puppets, with a hook for a left hand and a knife for the right. He was designed after a member of the Gestapo and despite only being two-feet-tall those black eyes and twisted grin still terrify me. 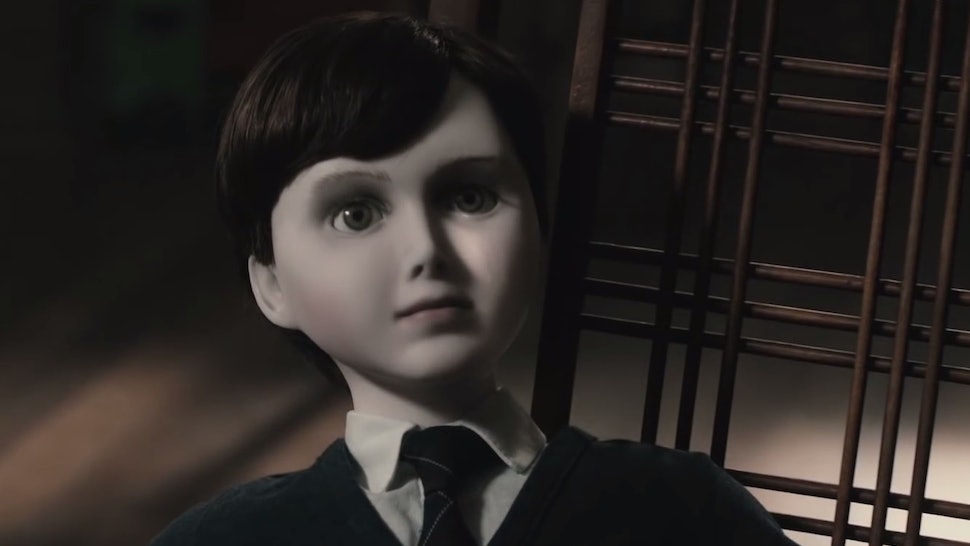 This movie is vastly underrated. It is scary as hell with a delicious twist that made my whole brain explode. But what makes it so creepy is Brahms: a porcelain doll with an unsettling stare that penetrates your soul.

The film followed Greta, who is asked to care for an elderly couple’s young son — which turns out to be Brahms. From here creepy shit ensues and I’m still not okay.

Now this is the Chucky we all know and fear. Not the one above who looks like Chucky after a yoga retreat. This psychotic redhead kid with the soul of a serial killer never stopped freaking me out. But also, I find actual children almost as terrifying. 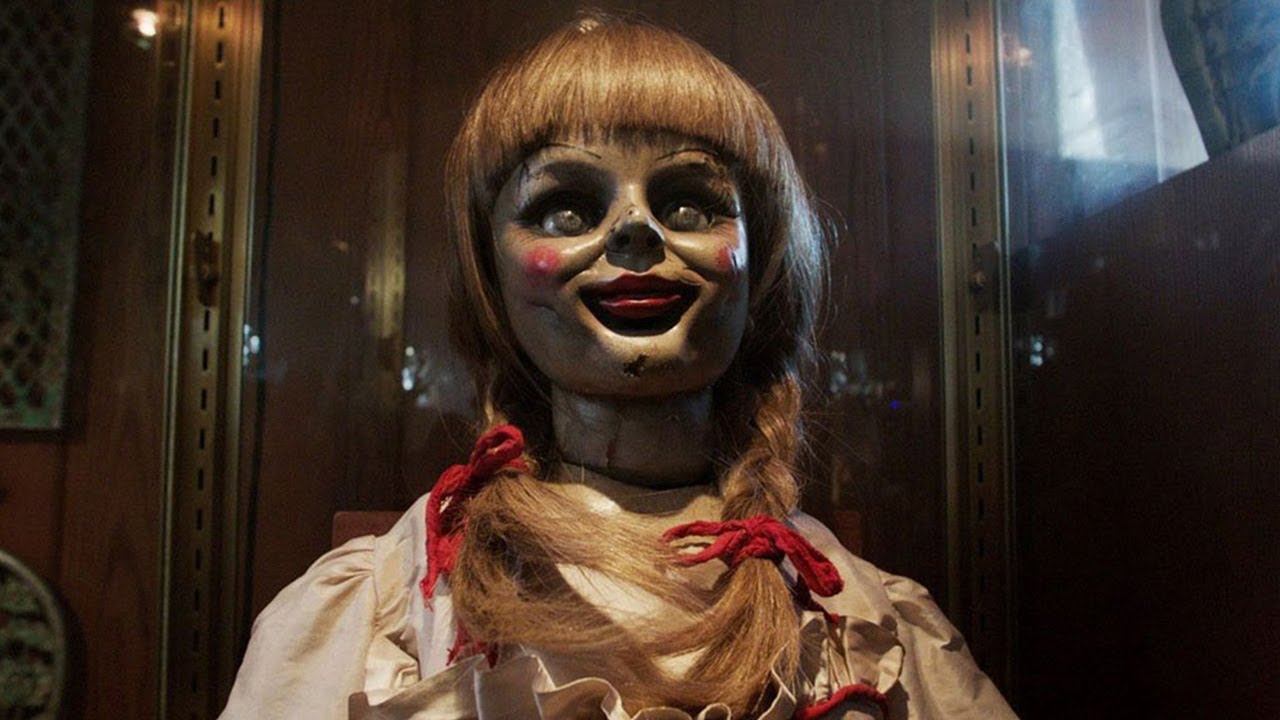 Ladies represent! She might be the only female doll on the list but our girl Annabelle is slaying it at number one. Annabelle stole the show in the first The Conjuring, despite the audience only seeing her for a few seconds. From there, she launched three other horror films of varied success. But one thing is for sure: the doll itself is terrifying.

Her eyes are just evil and that smile is beyond cursed. I did an EVP test and it turns out Annabelle is 100% that bitch.