‘Supergirl’ Have Cast A Former ‘Teen Wolf’ Star As Superman

Tyler Hoechlin has been cast to portray Superman in season 2 of the CW’s Supergirl.

Hoechlin, is well known for previously playing fan favourite Derek Hale on MTV’s Teen Wolf. Hoechlin’s other acting credits also include roles in films such as Hall Pass, Solstice and Everybody Wants Some. 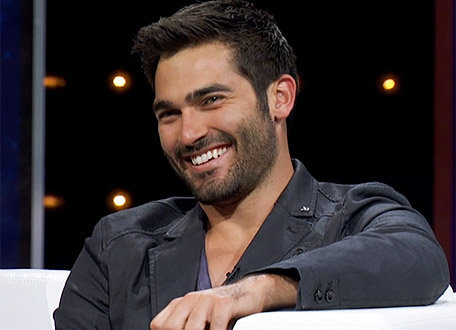 Once Supergirl returns to our TV screens we will see Hoechlin as Clark Kent in National City during the first two episodes of season two while he visits his cousin Kara.

It is unknown yet whether or not Hoechlin’s Superman will appear in more than the first two episodes of the second season.

Most fans seem to be happy about Supergirl’s casting news however not all are happy with the 28-year-old being cast.

I don't mind Tyler Hoechlin as an actor but I thought (was hoping) they would have gone for someone older like Tom Welling in Supergirl.

ok Tyler Hoechlin is great and all, but Superman on Supergirl really should have been Tom Welling

After news broke of Hoechlin’s casting he tweeted:

Could not be more honored & humbled to be given the opportunity to play this incredible & beloved character. Can't wait to get to work!

Hoechlin has also received support from fellow ‘superhero’ Grant Gustin, who is currently The Flash on CW’s show of the same name.

Superman is officially coming to the Berlanti-verse!! So dope! Welcome @TylerL_Hoechlin.

Supergirl is expected to return later this year and with a cross over between The Flash, Arrow, DC’s Legends of Tomorrow and Supergirl confirmed by CW President Mark Pedowitz to air in December, you can probably expect Supergirl’s return to be not too far away.