There are a handful of TV shows that screened on TV in the noughties that are cherished as peak Australian nostalgia and 2001 kids’ series The Saddle Club is definitely up there.

While I can acknowledge that the show is a beloved childhood series, I never watched it. It aired when I was in high school, so I think I was just outside the intended demographic. Another factor was that I wasn’t a horse girl in school, or friends with any horse girls or horse boys.

It’s hard to say whether I had a deprived childhood from not watching The Saddle Club. Maybe I would have watched a little less Alex Mack or Daria? Maybe I could have become a horse girl myself?

I decided 19 years was long enough of a wait and I simply must watch this show to understand the appeal. I didn’t want to dive too deep, so I just watched the first three episodes of season one and hoeeeee boy, I have many questions.

16 questions I had after watching The Saddle Club for the first time:

We open with some mum driving to drop her daughter (Lisa) off at her first day of horse riding school at some place called Pine Hollow, which sounds like the name of every town in a ’90s horror film. In the next scene, the mum almost crashes her car into two incoming horses.

The mum takes Lisa into school and horse riding teachers, Max and Mrs. Reg, say the mum can’t stay to support her daughter during her first lesson, and that Lisa must go it alone to prove she’s independent.

Lisa meets fellow riders Stevie and Carole and then there’s Veronica, who I guess is the villain. We know this as she dresses impeccably well. Veronica’s bestie is Kristi, who is obsessed with this older teenage boy who works in the stables. His name is Red, I don’t know why either. I’m immediately confused because Stevie sounds American and I can’t place anyone else’s accents.

#4. Are these girls Australian or American because their accents are some bizarre hybrid?

Back in horse class, Stevie tries to jump a wall with her horse but Lisa’s mobile phone rings which spooks the horse and Stevie falls off. Everyone is very angry with Lisa (this tiny girl) for having her phone with her and even Max is super hard on her. This is confusing as everyone knows she’s a rookie with horses. 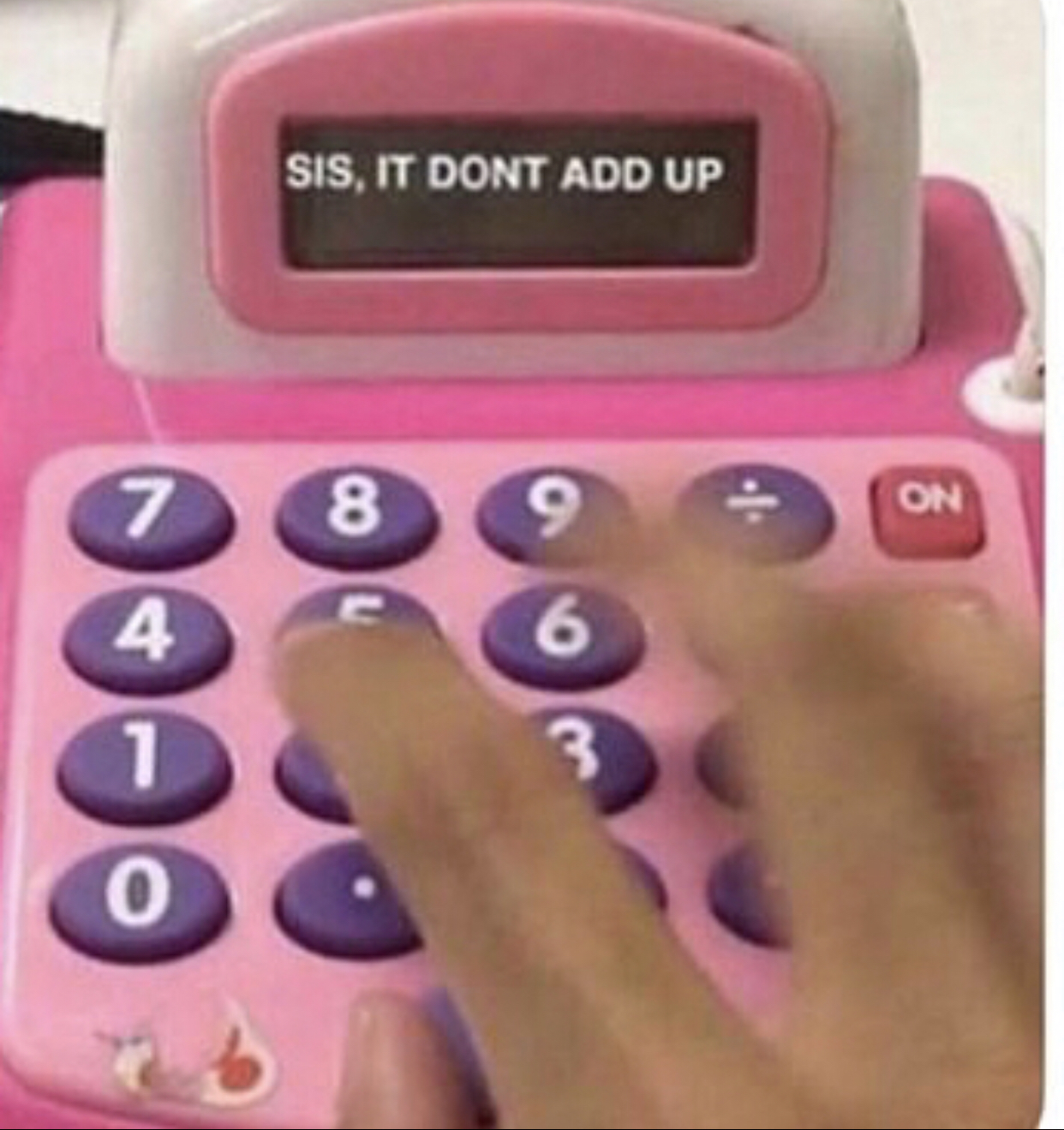 #5. Shouldn’t they have a ‘no phones’ sign somewhere if it’s that big of a deal??

Following the phone incident, everyone despises Lisa. Stevie bitches about her loudly to Carole, saying “Lisa doesn’t belong here!” With Kristi preoccupied with Red, Veronica tries to befriend Lisa by bitching about Stevie and Carole, calling them “freaks!”

However, this doesn’t put Lisa off Stevie and Carole and she eventually tries to make amends. She tells them her mum was calling as she’s overprotective and “mum’s are so lame!”

#6. IS THIS SHOW SUPPOSED TO BE THIS DARK? ‘Hello world, this is me, life should be fun for everyone!’

Veronica shows Lisa her pager (so ’00s lol) telling her she plans on letting it beep loudly when Stevie tries to horse jump again. Lisa, who is a little self-righteous and starting to get on my nerves, rushes over to tell Carole and they ride over just in time to save Stevie.

Veronica is livid that Lisa foiled her plan and Lisa actually asks “were you trying to kill her?” OK!

The three girls ride off together and decide to form a club, Carole asks what they should name it. “What about The Saddle Club?” Lisa poses. “I like it, very horsey!” Carole replies. She’s not wrong.

Veronica is shocked to see that Lisa has now become besties with Carole and Stevie, we know this because she gives this prolonged reaction.

She’s really squeezing every second out of that scene. Give that girl a Logie already!

We press on to episode two as Carole takes out racing horse Prancer for a ride but returns her to the trainer when realising she has an injured foot. The trainer calls the horse a “useless animal” and tells Carole that the horse will be killed the following day.

I’m getting to a stage where nothing surprises me any more with this horror show. Stevie is complaining that she can’t afford to go on some horse trip the school is planning because it costs $75.

#8. Firstly, aren’t people who ride horses extremely rich? (I seriously assumed that the walls of stables were stuffed with money.)

Secondly, $75 is relatively cheap for a whole trip. I spent more than that on dinner for me and my friends* last weekend. (*my friends were my two cats who watched me eat my weight in pad Thai.)

In an attempt to make some extra money, Stevie agrees to look after Veronica’s horse. Veronica pays Stevie to clean her stable and even scrub her shoes. Mrs. Reg catches Veronica slacking off on her horse duties and scolds her for it, prompting Veronica to low-key threaten her by reminding the teacher that her parents pay the school a lot of money. She is so evil. I love it. The Saddle Club try to convince Max to save Prancer and take her on board as a practice horse but he resists. They decide to kidnap Prancer and keep her until her leg umm, magically gets better. Lisa’s not sure about the plan, and quick Q:

#10. Is it just me or is this kid just perpetually confused?

Lisa in every scene in The Saddle Club: I understand she’s literally still a child but grow up, Lisa! Get it together!

That evening, the Saddle Club sneak out and steal Prancer from her racing horse stables, which in turn forces the poor horse to walk on her injured leg to another stable.

#11. This seems…terribly cruel for the horse?

They bring Prancer to a secret stable and when they realise she has a fever, they finally decide to call a vet. A vet comes but doesn’t think it’s weird three children are arranging all this.

Meanwhile, all the staff tell Max to buy Prancer for Pine Hollow’s stables. As the girls are walking back, the racing horse trainer catches them and says he will call the police. “All you care about is getting your money from the slaughter house!” Stevie shouts. Horse girls are intense!

Max saves the day, arriving just in time to say that he is buying Prancer for the school. The hero of my heart.

#12. Am I supposed to be this attracted to Max (because damn)? Now from the top, make it drop, that’s a hot horse daddy.

I digress, we’re into episode three and the girls are going on the horse trip they’ve been gabbing on about. Veronica is prepping her horse Cobalt for the trip and treating him terribly so he runs away. She shouts “get my horse!” and everyone obeys her.

Everyone chases the horse but it’s Stevie who catches Cobalt. Later on, Stevie lectures Veronica and is generally being a know-it-all little biatch. Veronica trips her over and she tumbles to the ground and I FREAKIN’ LOVE IT. I’ve just realised in this moment that I deeply despise Stevie, a 12-year-old girl. I really wish her nothing but the worst.

I actually cheered when Veronica pushed Stevie in the river.

While out riding, Lisa doesn’t put her saddle on correctly and falls off her horse. I guess this means she will get kicked out of the club?? Get it?? I need a stiff drink.

This kid Kristi is still obsessed with Red and says she won’t go on the trip because he’s not going. Instead, she stays at the stables and follows him around. Red uses Kristi’s crush on him to get her to do various odd jobs around the grounds. She agrees to everything he asks to get in his good books (hoping he’ll ask her out) and it’s kind of gross that’s he’s exploiting her like this for free labour.

#15. Why is this show about horses and friendship taken such a sinister turn?

Meanwhile, Veronica is fantasising about rolling around in a field with a boy she just met. She gets so distracted that she falls off her horse and appears to be unconscious. The camera zooms out on Veronica’s lifeless body lying alone in the bush. The episode concludes in a cliffhanger over whether umm…Veronica is dead or not. THIS SHOW NEEDS TO FIND JESUS.

OK, I’m done. No more. I can’t deal with how traumatic The Saddle Club is, I’m going to go watch a horror movie instead.