I breezed through all the episodes over the weekend, before spending most of last night reading everything I could find on the cases. The crimes range from a whole family being massacred in France, to a mystery surrounding why a man jumped off a building and broke through a hotel’s roof in Baltimore.

Like what happens with most fascinating true crime shows, since the episodes dropped most of the action is now taking place online as internet sleuths investigate the cases and propose their own theories — and people on Reddit do this better than anyone else, with a whole subreddit dedicated to the show.

In 2006, Rey Rivera goes missing and his body is eventually found six days later inside the Belvedere Hotel in Baltimore. It appears as though he fell through the roof so many assumed his death was a suicide, but not only does the jump’s distance seem improbable but not all of his injuries were consistent with a fall. 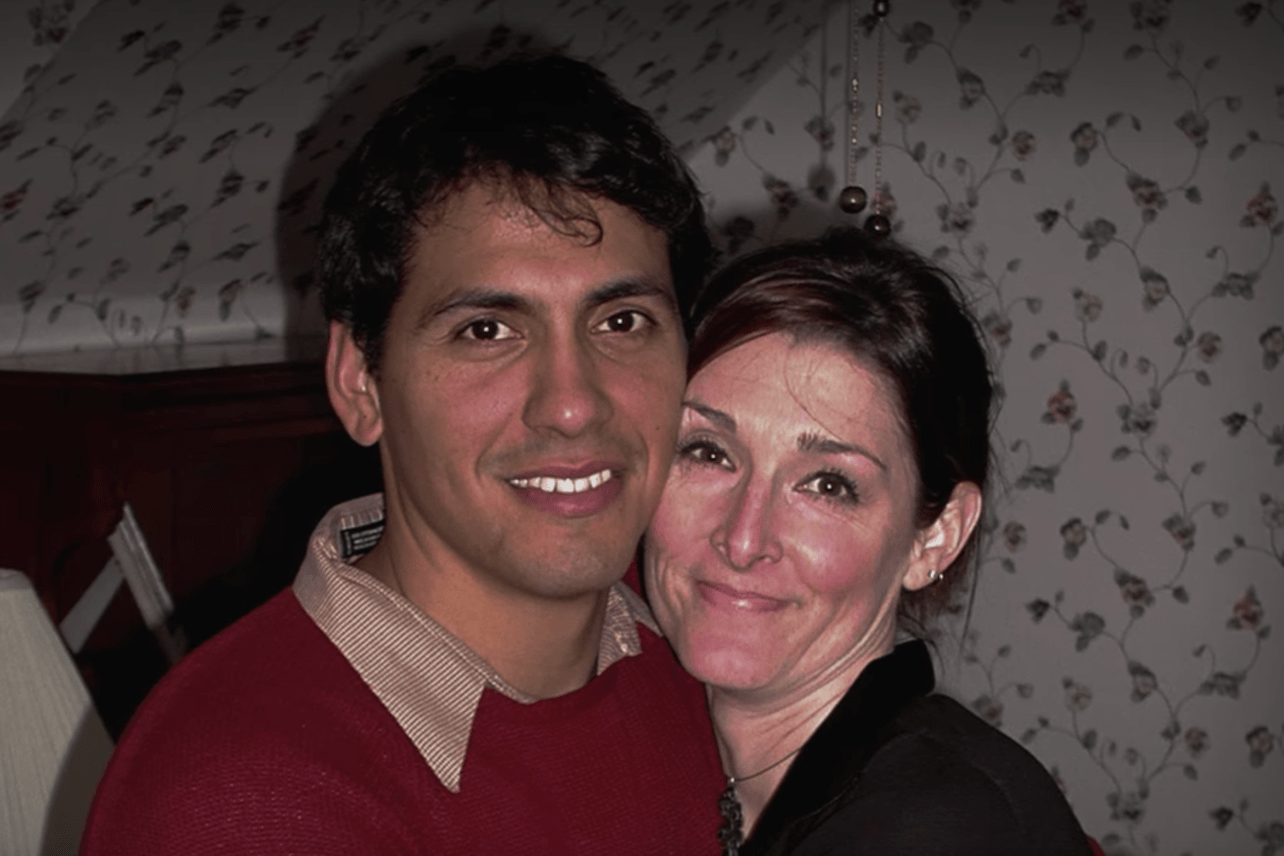 One of the more peculiar parts of the mystery was a letter found inside Rey’s desk. The letter is bonkers and is filled with rambling tiny text listing random movies, songs, and errr…quotes from the Freemasons.

One Reddit user reckons the letter was literally a cry for help. “Did anyone else pick up on how the formation of the text/shape of the note spells ‘HELP’? (‘H’ on the left, ‘E’/’L’ in the middle separated underneath each other by a chunk of text, ‘P’ on the right – follow the shape of the paper to see the outline). Was this a cry for ‘HELP’ as indicated by the capital letters or ‘help’ by a means of assisting the case,” wrote @quartzlizard. 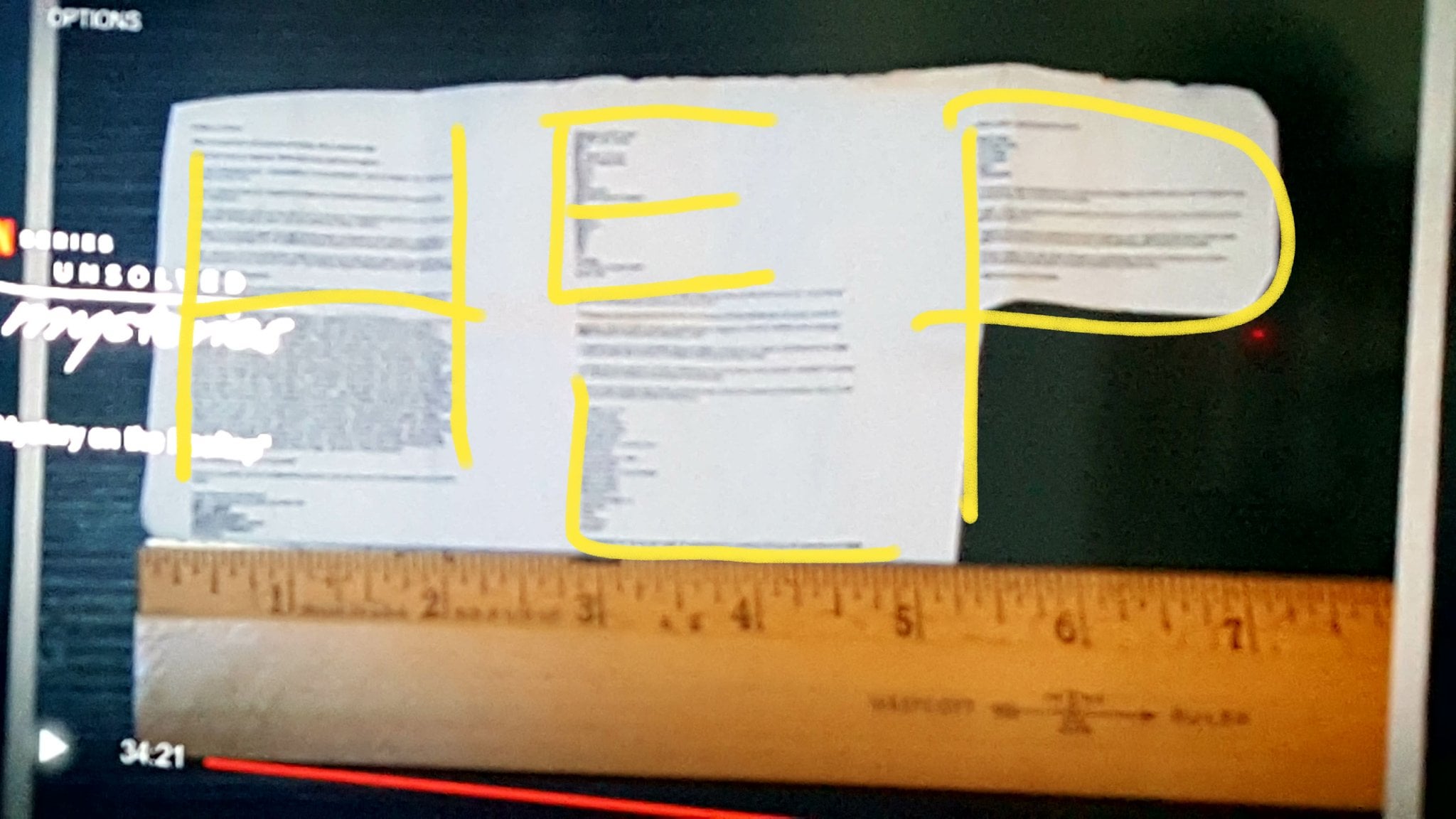 Hmmm. I dunno about that fam. It’s a bit of a stretch. Another user noticed a detail in the letter that’s straight-up freaky. “One of these movies [listed] was The Game. Immediately, I thought: OF COURSE! There is one big scene at the end of the movie where the main character jumped off the roof (!) of a fancy hotel and goes through the (glass) roof. The similarities to Rey are truly astonishing,” they wrote. OK, I’m bloody intrigued.

It’s also possible that viewers are just looking way too deep into this nonsensical letter, as according to another Reddit user, in the FBI’s assessment of Rey, the organisation wrote that he was suffering a delusional disorder.

Why did Rob change the locks?

This episode was deeply unsettling, reexamining the murder of Patrice Endres: a hairdresser and mother who was found dead 600 days after she went missing from her salon in 2004. Her son Pistol alleged that Patrice’s husband Rob (not his biological father) had something to do with her death, as she was planning on divorcing him.

The whole story was super strange and there were a bunch of red flags surrounding Rob, like umm, him carrying around his dead wife’s skull and sleeping with her ashes in his bed. Pistol recalled being locked out of his mum’s house after she went missing — even though Pistol was only a teenager at the time. In the episode, Rob admits that he got the locks changed, which is truly baffling.

This Reddit theory on why Rob might have gotten the locks changed is terrifying. “What if he immediately changed the locks to keep Pistol out because he had her [Patrice] inside?” one Reddit user wrote. “What if he found out that she was going to leave soon (why she was off that day to everyone) and decided to arrange something?”

They also wrote that when Rob described Patrice’s murderer using her as a toy, they think he was describing his own actions. “My concerns were added to when he casually mentioned the idea of her being someone’s ‘toy’ and how she was probably being held captive before being murdered when there is no evidence to suggest that, paired with his later comments of ‘she was like my teddy bear’,” they wrote.

“What if Rob changed the locks right away and didn’t let Pistol in because he was the one holding her captive and treating her like a toy, later killing her and keeping her cremains as his property?”

Did the family actually die?

This case was, perhaps, the most disturbing of all the episodes. In 2011, a French family were found dead under their house, while the father, Xavier Dupont de Ligonnès, went on the run. In one of the creepiest moments of the entire series, Xavier can be seen staring at a CCTV camera before disappearing into the wilderness and was never seen again. It was presumed that Xavier killed his family and then either committed suicide (and his body was never recovered) or left to start a new life in another country, like Argentina.

But one Reddit theory poses that maybe the family didn’t actually die. “I went digging around and found a blog that was created by Xavier’s family (his sister, mother, and brother-in-law). They seem convinced that he’s completely innocent,” a Reddit user wrote.

“Up to 9 people saw Agnes (the wife) alive after the date the police say she was killed. Some of these people state that they spoke to her and she was normal (some say a bit agitated). She was seen walking the dog after the 4th April, and was also seen with Anne and Bertrand, the two youngest kids.”

This theory seems extremely far-fetched. One commenter wrote in reply, “The sightings have always been a strange aspect of the case — they’re not unique though — you OFTEN find people getting dates mixed up or seeing someone in passing and mistaking them for someone else.” Let’s also not forget that Xavier bought a rifle and a silencer prior to the murders, so errr…he probably had something to do with killing his family.

Was Alonzo killed at the party?

After attending a party in 2004, 23-year-old Alonzo Brooks vanished and was eventually found dead in a creek in Kansas, in a crime many consider racially motivated. The episode relays the timeline of events but no cause of death was ever determined.

One eagle-eyed viewer noticed something suss about the house party. “Did anybody pick up on the detail that the house they visited the day after was completely empty? Like it wasn’t partied in?” a user wrote. “Nobody still passed out, nobody just waking up and cleaning. They had a kegger there the night before, and the place was completely spotless and empty?”

They went on to hypothesise a couple of theories. “Two things could have happened. 1. Alonzo’s own friends took him to this empty house and murdered him. I mean why would one of the friends leave after 45 minutes of the party when the DRIVE was over an hour?

“2. A group of teenagers murdered Alonzo Brooks and informed their families of their mistake. Their families came and cleaned up their mess, going as far as to hide the body. Likely the child of somebody in law enforcement.” Most of the people who attended the party wouldn’t take part in the docuseries, so make of that what you will.

One of the survivors claimed they were abducted in 1966

This episode focused on a UFO sighting on 1 September 1969 in Berkshire County, Massachusetts. Several residents of the town recalled a similar story of seeing a large flying object surrounded by a beam of light, and some of the stories even included people being abducted and then placed back on the ground in a different location.

One of the most animated characters to speak in the episode was Thom Reed, who recalled being taken from his mum and grandmother’s car on the day. However, a Reddit user found an old article that detailed Thom describing being abducted in 1966 — three years before the events that took place in 1969.

“One of the primary witnesses of the episode began to believe that aliens were visiting him three years earlier. He believed these visits involved aliens conducting abduction, medical research, and generally being menacing.”

The user suggests that Thom was already obsessed with the idea of UFOs and therefore could have influenced the other people who said they were also abducted.

“It’s reasonable to imagine that some striking event took place (military craft, weather balloons, natural phenomena) in that area on that evening, and that the boy who had believed for years that aliens were visiting him again and again to conduct medical experiments on him then planted in others the seed of the same idea.” I dunno, there was A LOT of separate UFO sighting on the day, so I think something weird definitely went down.

There were bloodstains found in Lena’s apartment

Another grisly story, in 2006 new mother Lena Chapin goes missing after confessing on tape that she had watched her mother Sandy kill their stepfather Gary McCullough, who disappeared in 1999. Sandy’s other daughters, Brandi and Robin, believe their mum killed Lena but neither Gary nor Lena were ever found. At the time, Sandy told family members that Lena had simply moved to Florida — leaving her infant son behind, who Sandy has since adopted. Someone on Reddit claiming to be a relative of Gary and Lena said that the docuseries didn’t include the fact that bloodstains were found on the floor of Lena’s apartment after she went missing.

“Soon after she ‘ran off to Florida’, the landlord did complete renovations [on Lena’s apartment] due to bloodstains on the carpet. The landlord was quoted saying ‘it looked like a dog had been chopped up’ because when the carpet was pulled up, a giant bloodstain was found on the wood below the carpet, as well as in the carpet itself.

“The landlord disposed of the old carpet and didn’t notify police, because he was unaware of the circumstances behind Lena’s disappearance, all he knew is that Lena ‘moved away.’ To make things even more interesting, soon thereafter, the entire apartment building burnt to the ground…”

While it’s important to note that this profile could not be substantiated as an actual relative, the part where they say that Lena’s apartment burned down after her disappearance is actually true — which suggests some type of cover-up.

Unsolved Mysteries is available to stream now on Netflix.