While everyone has unique experiences growing up, there are some things that almost all Aussie girls collectively experience.

When it comes to fashion, for example, no Aussie woman could escape the power of Black Milk galaxy print tights and peplum tops. When it comes to TV shows, beach-based Blue Water High and the scarily chaotic fruit and veg show Soupé Opera live rent-free in all our minds. And when it comes to decor, there’s zero chance that a dolphin didn’t sneak its way into your bedroom in the 2000s.

Personally, not a day goes by that I don’t think about the 3D aquarium lamp that I begged my parents to buy me in 2005 that was swiftly recalled by the manufacturer a week after I got it. I also often think about those crusty roof stars that seemed to have an inexplicable hold on Australians in the 2000s.

So here are all the little bits of bedroom decor that well and truly had Aussie girls in a chokehold in the ’00s: 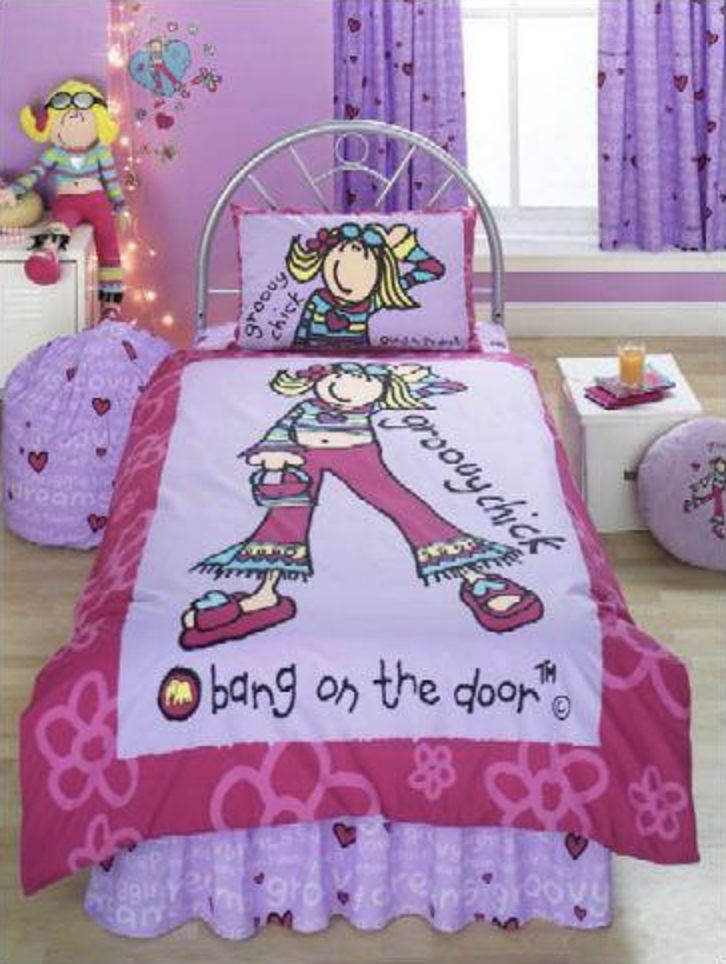 The chokehold this specific Bang On The Door sheet set had on kids in the 2000s is unmatched. If you’re a baddie today, you definitely grew up wanting to be THE uber fashionable Groovy Chick so damn bad.

2. And This Specific Sun And Moon Cover Credit: What About Mimi

Carrying over from the ’90s, we all still rocked the sun and moon doona cover in the 2000s until it was so tattered that your mum turned it into a rag for cleaning. Honestly, I just know the astrology girlies would go mad to get their hands on this set today. Blame it on the Aussie ~beach babe~ stereotype we were all trying to live up to or the impact that H20: Just Add Water had on us as kids, but the dolphin craze of the 2000s was a real moment.

A special shoutout goes out to that glittery dolphin lamp on the spiral stand that somehow magically found its way into all our homes without explanation. Our obsession with the ocean wasn’t limited to dolphins either. For reasons unknown, every little girl went through a stage thinking they were going to be a marine biologists when they grew up — and what goes perfectly with a career focused on aquatic life?

5. Or A Fibre Optic Lamp, If You Were Fancy 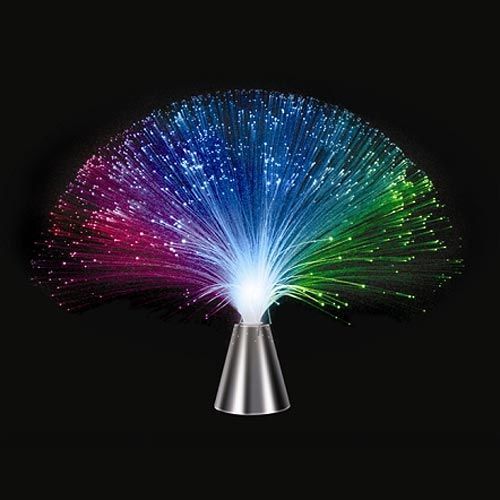 If you somehow avoided the ocean phase of the 2000s, you definitely owned the iconic floppy fibre optic lamp.

This rainbow lamp was way ahead of this time, and having one in your room made you feel like a mad scientist. If you had one growing up, I just know you have LED strips in your bedroom right now and you love going to raves.

6. A Set Of Roof Stars That Were Yellowing Who were you in the 2000s if you didn’t have crusty glow-in-the-dark roof stars that started turning yellow and would NOT come off your ceiling?

In theory, they were great — the concept was that you could “sleep under the stars” while in the comfort and safety of your own bedroom. In reality, these stars didn’t do shit. They barely lit up at night and looked horrendous during the day. Having a set of these bad boys hanging in your doorway never failed to make you feel like you were the main character of a teen movie every time you entered your bedroom.

Sure, it would always get tangled up in itself and make way too much noise when you were trying to sneak around in silence. But anything for the aesthetic, right?

8. A Fashionable Mosquito Net Above Your Bed A bed canopy was honestly one of the few bedroom decor items that could make you feel like a princess for cheap.

At first, we started with mosquito net-style canopies made of scratchy neon material before we graduated to the more flowy and feminine draping that IT girls like Summer from The OC popularised. And honestly, thanks to cottagecore, I can see the more mature version of this trend making a real comeback.

9. Dream Catchers In Every Colour Just how owls had a chokehold on 2010s fashion, the dreamcatcher had the girlies STUCK in the ’00s.

Not only were dreamcatchers printed on t-shirts for years, but you’d be hard-pressed to find a girl without at least three of them hanging on the edge of her bed frame ready to catch all bad vibes. And don’t get me started on the craze of trying to make them ourselves…

10. Blow-Up Furniture That Took Way Too Long To Inflate 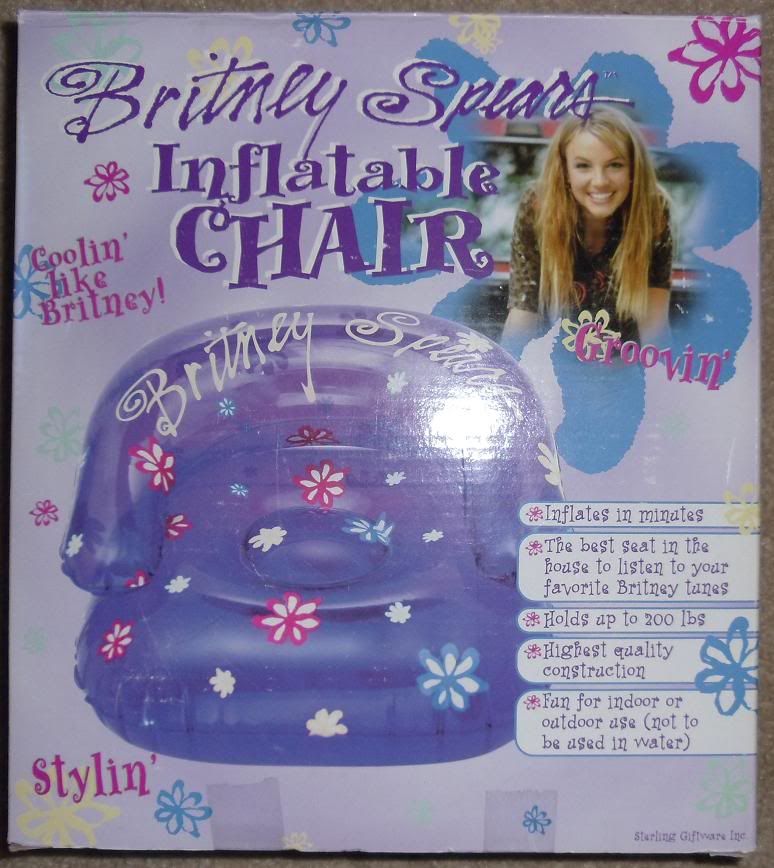 There was just something about spending an hour blowing up a plastic chair by yourself that was so satisfying. Of course, once it was inflated you rarely ever sat on it because of how sticky the chair became in summer when temperatures peaked over 25°C.

But it looked cool, and that’s all that mattered.

11. A Box Full Of Lip Smackers Before our mums let us officially use lipstick, we were all allowed to have one item of “makeup” — and that was the humble Lip Smacker lip balm.

Now, was Lip Smackers technically makeup? Definitely not. But was it fun to collect every flavour and colour we could get our grubby little hands on just so that we could flex our massive “makeup collection” to our friends? You betcha.

12. Empty Bottles Of Impulse And So…? Kiss Me Just like our ever-growing Lip Smacker collection, girls in the 2000s loved to flex their “perfume collections” too.

Of course, empty cans of Impulse body spray are NOT perfume but it was the closest thing we could get. That was until our mums finally let us graduate to a real, fancy perfume that we could buy from Big W. Honestly, So…? Kiss Me walked so that Britney Spears Fantasy could RUN.

13. A Set Of Chinese Slippers In Every Colour The chokehold these mesh slippers had on society in the 2000s was truly unmatched. They were cheap, they were cute, and they came in every colour imaginable, which made them perfect for outfit coordination.

Chinese slippers were so iconic that brand Gypsy Sport even tried to bring them back during New York Fashion Week in 2016.

14. And A Fat Stack Of Sabrina’s Secrets Magazines Remember the era where going to the Post Office was something we begged our parents to do so we could pick up the latest Sabrina’s Secrets mag?! I do. I crave that feeling of pure joy and excitement every day.

But Sabrina’s Secrets was a status symbol. To have every issue — and all the iconic junk that came with it — was a huge flex. I mean, how can anyone forget the purple box that held all the makeup, hair bits, and nail tools you got each week as a “mag freebie”?! I C O N I C. God bless the streaming era because if I had to blindly buy entire albums to enjoy music from my favourite artists today, I’d be so broke. But the feeling of popping a Hilary Duff album into your CD player and dancing around your room isn’t the same when you’re shuffling on Spotify.

Thankfully, it all got a little easier when Limewire came around and we all had that one uncle who just randomly knew how to burn CDs for us. In the end, we would just end up with a disc book full of original CDS and random compilations with the word “MegaMix 7” written in Sharpie on the front of it — and I wouldn’t have it any other way.

16. And For Some Reason, A Blue Fighting Fish

I swear, everyone in the 2000s had a Siamese fighting fish in a glass jar that was far too small for it. But it’s scientifically proven* that everyone who owned a blue fighting fish as a teen grew up to be a bad bitch. Sorry, I don’t make the rules.

*I do make the rules. It is not scientifically proven at all. But the facts still remain.