So, last year when everyone was going through the wild Netflix Christmas movie phase, I missed out on the whole damn thing.

One of the reasons was because I didn’t have a Netflix account of my own at the time and the other reason was…  I kinda hate Christmas movies.

This year, I decided it was time to try and not be a snarky grinch. I was going to watch some Netflix Christmas movies and put my judgement aside!

I watched The Princess Switch when it was released, the cute movie about Vanessa Hudgens being a victim of Stockholm Syndrome. OK, so it was terrible but I do enjoy a movie that owns how terrible it truly is. The storyline barely made sense and everyone knew it. So I could accept that. Moving on, I figured with the release of A Christmas Prince: The Royal Wedding, it was time for me to get onboard. I planned to watch both back-to-back (yes, I am very popular and have fun Saturday nights!) and I was excited to see where the journey would take me.

TL;DR: I failed. But it’s not about the destination, it’s about the journey. Or something.

Here are all the questions I have after finally watching A Christmas Prince:

1. How is Amber complaining about not being taken seriously in her career but is already a junior editor? 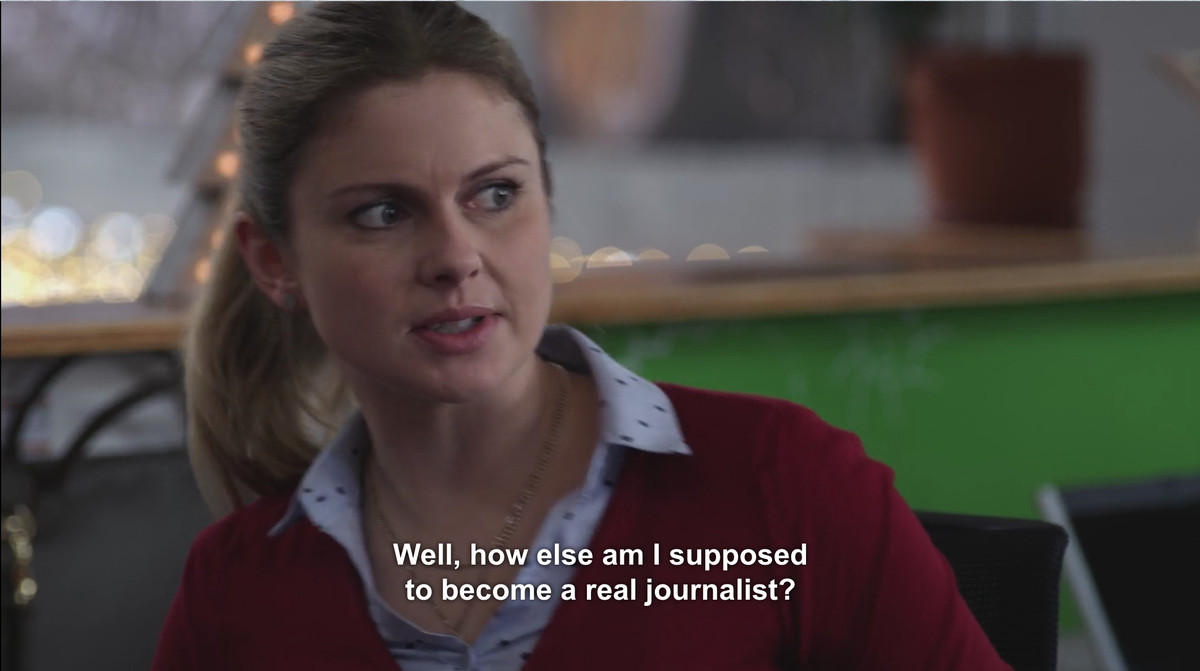 Call me crazy but most people have the progression of staff writer, senior writer, editor, yet our girl is already junior editor and complaining about not being a real journalist yet. Huh?!

2. Did they really think the name “His Royal Hotness” was the best accurate description here? 3. How did the palace not have better security measures in place? You’d think a palace would have fairly strict security but they’re just like “ahh yes, the new tutor” when Amber goes undercover, not even bothering to check her passport or anything.

4. Why is Amber so terrible at being an investigative journalist? Girl, even I’m more discreet when I’m trying to take a Snapchat of myself in a public place, WYD?????

5. How on earth did she get to an editor position when this is the extent of her research work? “Article Notes Richard Charlton”… so I’m no investigative journalist myself (shocking, I know) but even I know not to save my files like this. If you’re doing secret work, you gotta at least have it saved under “The best My Chem memes” or something literally no one else would ever want to click into.

Which is exactly how Emily found out Amber was undercover, it would’ve been a whole different story if she saved the damn notes under a different title.

6. What is with this outfit?

At least dress “His Royal Hotness” in something that could match his title.

7. Why did Amber not hide all her things, including her passport and copies of Richard’s birth certificate?

Just scattering them on the bed for anyone to find, normal things.

8. Why did Richard’s dad hide a new law in an acorn? Like surely, there was a better way. Also maybe including his wife as part of the plan would’ve been smart.

9. And can the new law really just rule out the actual bloodline to the throne, WTF? This bizarre mess is just starting a whole new royal bloodline when Richard has kids?! Why not just make his sassy sister Emily the Queen and be done with it tbh.

10. Why does Richard talk like he’s never heard of the internet before? 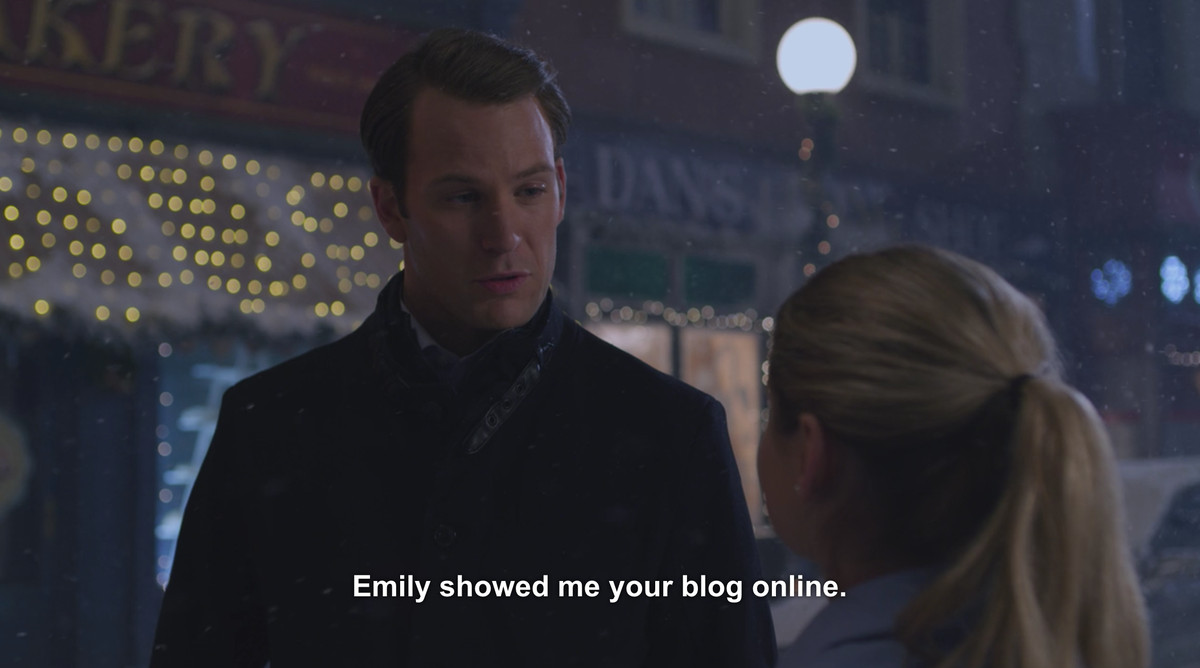 Glad he cleared up that he saw the blog online, otherwise that would’ve been super confusing.

12. HOW DO TWO PEOPLE WITH ZERO CHEMISTRY JUST DECIDE TO SPEND THEIR WHOLE LIVES TOGETHER? I have more chemistry with the Tim Tam I am stress eating right now.

13. Circling back, didn’t Amber want to be a real journalist?? 14. Do I really have to sit through the whole sequel now? 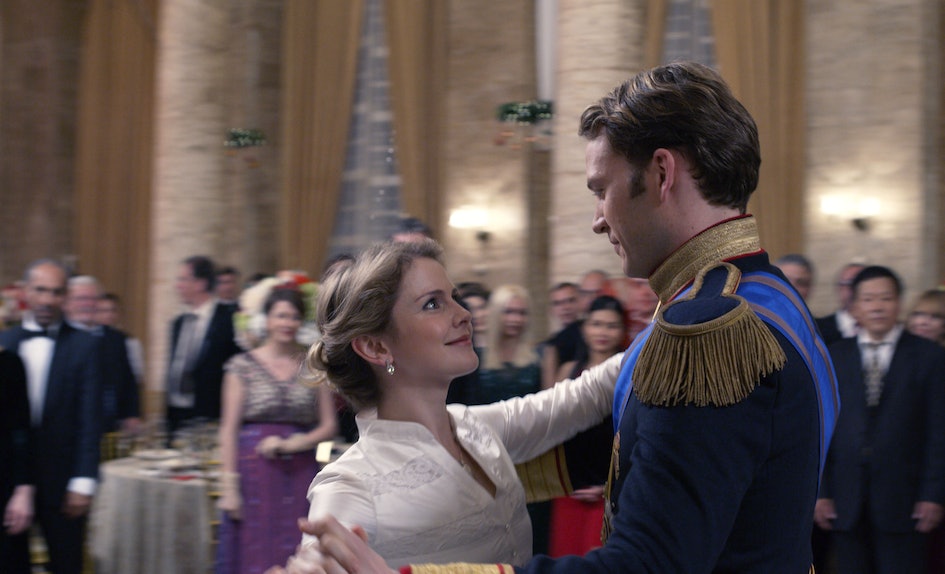 The answer, in the end, was, no. I got 10 minutes in and decided I did not care about the drama leading up to a wedding day of Netflix’s most bland couple. I wish them the best and all the happiness in the world.

I royally failed. Like Amber, no one will consider me a real journalist now! The Christmas Prince series for me takes itself a little too seriously to be enjoyable. But my quest to not be a grinch isn’t over yet — I will happily take suggestions as to what I should battle through next, so let me know!