Gilmore Girls is a beloved ’00s TV series that fans cherish dearly — but that doesn’t mean it’s a perfect show.

From problematic lines that have aged terribly, to being a breeding ground for toxic men, the series is far from flawless.

After a recent rewatch, I realised I still held a few grudges against the show. These are not overarching issues I have with the series — like Dean being the worst boyfriend (unlike Logan), or both Lorelai and Rory being terrible people — no, these are extremely specific irks that still plague me. I’m talking petty grudges that I should not care about but absolutely still do.

FYI: This article won’t cover anything that happened in Netflix’s A Year in the Life revival, simply because I have way too many grudges against the 2016 four-part season to fit into this already lengthy list.

1. Kirk had a different name when he first appeared. 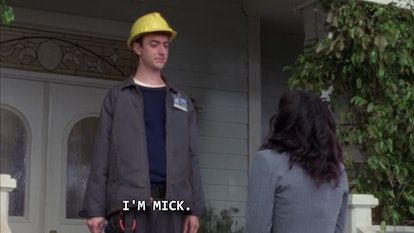 When Kirk first pops up in Season 1, he is an entirely different character. In episode two, he introduces himself as “Mick”, a DSL installer sent over by Emily. Who TF is Mick? By episode 5, Mick was renamed Kirk. This is baffling to fans who know and love Kirk as an integral part of the Star’s Hollow community. What is especially confusing is that Mick randomly working as an internet connector is very on brand for Kirk — who is known for changing jobs every episode. So, why did they bother reintroducing the actor Sean Gunn as a different character?

My only guess is that Mick only appeared in a handful of early episodes submitted to the network to get the series commissioned for a full season, so maybe creator Amy Sherman-Palladino hadn’t dreamed up Kirk’s character yet. And the name Kirk is a much better fit for the character, who is a loveable oddball. Even so, it’s very weird watching the plot inconsistency back.

2. Max’s last scene was such a letdown. 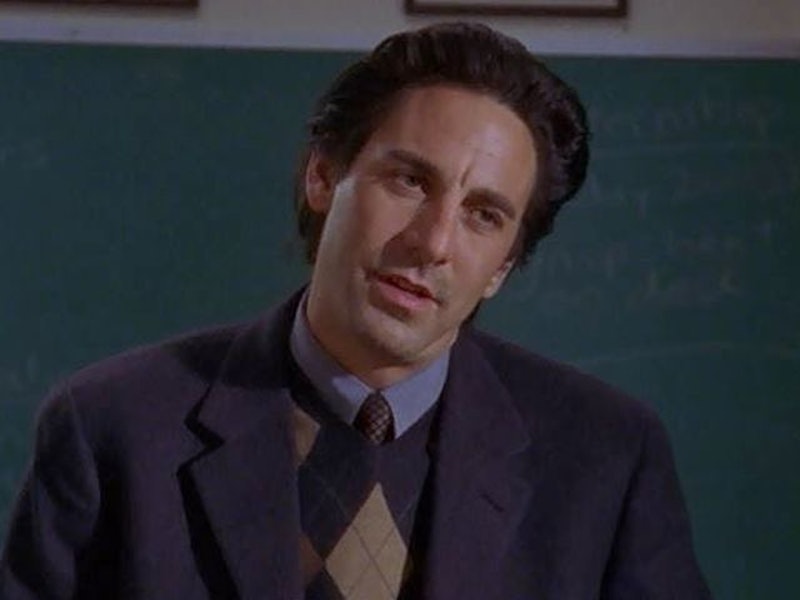 With all of the Luke vs Christopher fan theories that abound about this show, it would be easy to forget that Max ever existed. But from Season 1 until Season 3, Max was Lorelai’s main love interest — well, other than Christopher before he got Sherry knocked up. Lorelai and Max were engaged and planning a wedding, until Lorelai dumped Max out of the blue… which weirdly enough was never shown. Max appeared intermittently throughout Season 3, then was never seen again.

Max’s last scene hardly did the character justice. He ran into Lorelai during a parents’ committee meeting for the Chilton graduation party and after Lorelai suggested restarting their relationship, he literally fled from her. There was no closure between them, Max didn’t get any real chance to move on, and the only mention of Max again was during Lorelai’s impromptu car therapy session in Season 6 when she revealed she never loved Max to begin with.

A similar situation played out with Lorelai’s ex Jason, as the last we saw of Jason (before the revival) he was at the Dragonfly Inn begging Lorelai to take him back. Next minute, Lorelai and Luke were kissing and Jason never got any closure with Lorelai — despite being screwed over by her father, Richard, and left jobless. The Gilmore girls truly eat men up and spit them out. 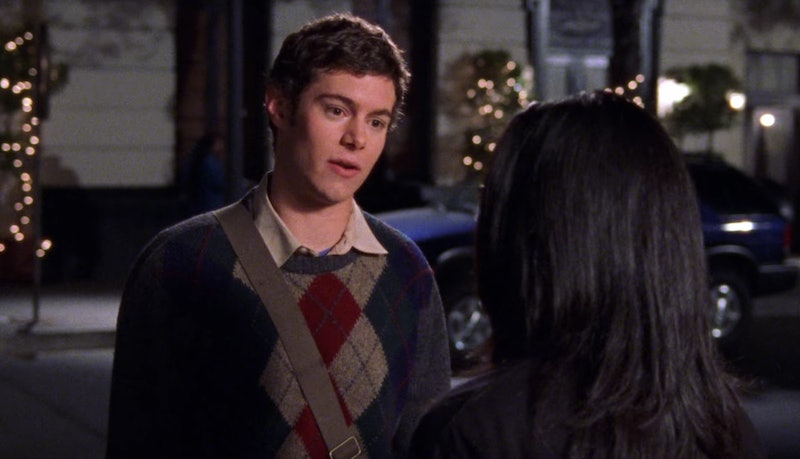 Dave Rygalski’s disappearance perfectly encapsulates how little the series cared about Lane’s storylines. Dave was Lane’s her first boyfriend, her first love, and arguably the best partner on the whole damn show. Lane met Dave when they joined the same band in Season 3 and he was perfection, even winning over Miss Kim’s approval.

However, by the time Season 4 rolled around, Dave moved away to go to college (aka Adam Brody joined The O.C.). Lane said they were still dating long-distance and he was mentioned on-and-off again, until they got into an argument because Lane told Dave that her mum sent him a jug that symbolised their marriage. This ended up being a misunderstanding — Miss Kim was not suggesting marriage at all — but that was the last we ever heard from Dave.

Viewers were left to presume that Lane and Dave broke up over that rather petty fight, but we don’t actually know what happened. The series didn’t bother dedicating a single scene to the split — even just some brief dialogue where Lane told Rory they couldn’t make long-distance work. That’s all we needed and that’s what Lane deserved.

4. Dean treated Lindsay like absolute crap and showed no remorse. 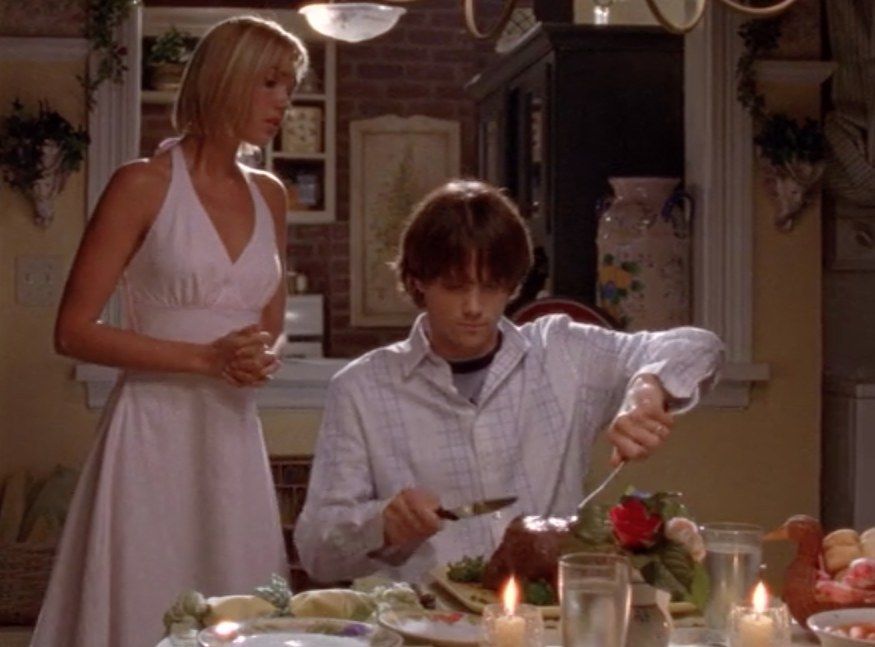 Dean was the worst. From the first season when he told Rory he liked that the character Donna Reed stayed home cooking and cleaning for her family all day, to how jealous and controlling he got over Jess, Dean was a problematic character. But if viewers thought he treated Rory badly, his behaviour paled in significance to how he acted towards his wife, Lindsay.

Dean never gave Lindsay a chance. On the night before their wedding, Dean told Luke he was still thinking about Rory. Then once they were married, Dean would spend nights playing video games at the arcade, instead of spending time with Lindsay. Finally, he started an affair with Rory and all the while, he took out all his stress on his wife. On the night Dean and Rory sealed the deal, when he returned home to find out Lindsay had answered his phone in his absence, he  screamed at and scolded her.

The way he spoke to Lindsay that night was straight-up alarming, yet she was the one who ended up apologising. In. The. Bin.

5. Rory showed up for a job she didn’t have to bully an editor into hiring her. 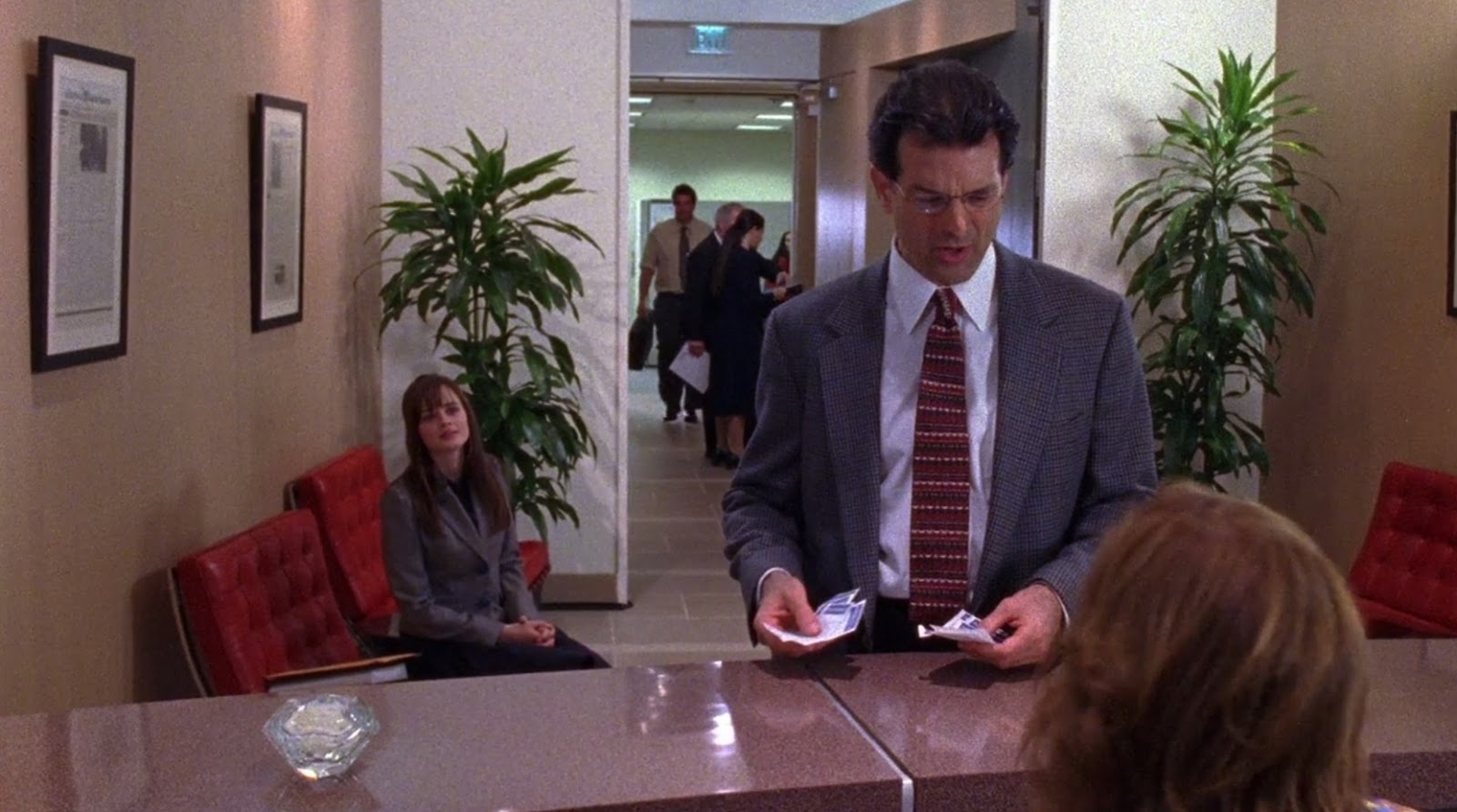 Psycho! Unhinged! Stalker! These are just three words that would have been used to describe Rory’s turning up to a job she didn’t have if this happened irl. After interning at the Stamford Eagle Gazette, Rory then — after dropping out then returning to Yale — decided that she wanted to get a job there because her editor err… gave her such a nice reference for another job.

Rory rocked up at the newspaper office day after day hassling the editor into giving her a job, even though he told her there were no vacancies. If I was trying to become a successful journalist (ugh, which I sort of am), I wouldn’t want to offend anyone who could be a future employer. This isn’t just presumptuous, it’s unprofessional.

6. Despite being engaged, Luke didn’t tell Lorelai he found out he had a daughter. Luke and Lorelai’s communication skills were abysmal at the best of times, but after they got engaged, they become an absolute mess. Firstly, Lorelai bought her dog, Paul Anka, without even discussing it with Luke first — even though they were about to move in together and Luke had never expressed an interest in having a dog. That’s strike one. But what’s 1000 times worse is that after Luke found out that he had a daughter, April, that he didn’t know existed, he took two months to tell Lorelai.

I cannot fathom regularly seeing a partner (let along a fiancé), sleeping in the same bed, and talking to them every day — yet never mentioning a life-changing revelation like that. That’s just not how adult relationships should function and if I was Lorelai, I would have seen it as a massive red flag. Then later in the season, Luke wouldn’t let Lorelai help pick out a gift for his teenage daughter, despite the fact Lorelai used to have a teenage daughter. I don’t know why it took Lorelai so long to see that Luke was no where near ready for marriage.

7. Luke was insufferable in Martha’s Vineyard. The ‘A Vineyard Valentine’ episode is one of the most hated among fans — and for good reason. It’s bizarre, unfunny and feels alien to the series, and one of the reasons it’s so unwatchable is because Luke is insufferable in it. Season 6 was not a good time for Luke.

He was rude and grumpy the whole time, and he exhibited some worrying toxic traits towards a perfectly nice Logan during their basketball game. But worst of all: he lied to Lorelai by pretending that he bought her a Valentine’s Day gift, when in fact he had just given her one of Logan’s presents intended for Rory. This wasn’t just uncomfortable to watch, it didn’t feel true to the character. Luke is many things, but he’s not dishonest.

8. Jackson and Sookie manipulated each other over how many kids they would have. This is possibly the darkest storyline in the entire Gilmore Girls series — yet, it was portrayed as a funny miscommunication and played off as a little marital quarrel. Sookie tried to force Jackson into getting a vasectomy, ordering him to get the operation after giving birth to her second child. This is obviously… insane. However, it appeared that Jackson obliged and we didn’t hear about it again for several episodes.

Then things got even darker: Sookie became pregnant because Jackson never actually got the vasectomy. I mean, sure he shouldn’t have been made to get the procedure, but he should have told Sookie that he didn’t get it, since she was the one at risk of falling pregnant.

It was all soo deeply cooked, especially as throughout the series Jackson banged on about wanting four kids in four years, seemingly not caring that Sookie did not and she would be the one carrying these four small humans inside her.

9. Rory cheated on Logan with no repercussions.

I get that Rory was annoyed at Logan for hooking up with Honor’s bridemaids while she thought they were just taking a break, but does that excuse Rory kissing Jess in Philadelphia?

Let’s compare shall we! Logan said he thought that he and Rory were broken up when he got with other women, and tbh, you can’t blame him. They hadn’t spoken in ages. At the very least, it seemed like they were on a break. When Rory kissed Jess, she was still very much dating Logan — there was nothing ambiguous about their relationship status, they were even living together at the time. Logan hooked up with women he had no emotional attachments to. By contrast, Rory kissed Jess — who was arguably the only other man she had truly ever loved (I’m ignoring Dean ever existed).

Rory cheated on Logan, never told him about the kiss and she faced no consequences.

When it comes to the relationships in Gilmore Girls, you don’t get much more complicated than Lorelai and Emily. They both harboured a lot of resentment against each other — Lorelai for her repressed and unloving upbringing, and Emily for her daughter abandoning her after giving birth to Rory. This made it all the more heartwarming how little by little, the mother and daughter grew closer as the series unfolded. Like seriously, the scene where Lorelai buys Emily a DVD player never falters in making me audibly sob.

Their relationship steadily improved which made the episode when Lorelai whinged about helping Emily after eye surgery all the more frustrating. Richard called Lorelai to tell her that Emily needed assistance as she was left temporarily blind after lasik eye surgery went awry. Lorelai’s reaction was staggering: she moaned about being busy at work, and asked whether “there’s no one else?” who could help out.

It’s a straight-up disgusting way to treat your own mum, especially without knowing how serious the damage was to Emily’s eyes. Lorelai got away with a lot on Gilmore Girls, but not wanting to help Emily after surgery was unfathomably cruel.

Every episode of Gilmore Girls can be streamed on Netflix.

10 Grudges I’m Holding is a Punkee column where we dredge up long-held grievances and resentments we still hold against TV shows and movies that keep us up at night.