14 Characters From Kids’ TV Shows That Were Annoying AF

If you think back to the most popular kids’ TV shows, and I mean really think back, you’ll start to remember a lot of them were really not… OK.

Most of them were animated characters, toys, trains, and people who lived whimsical lives while doing some downright questionable things. Some of the shows taught us significant life lessons, from the power of friendship, the importance of family, and the bone-chilling fear of what adults deemed OK to create for children’s viewing pleasure.

Whoever wrote the theme songs for Noddy and Oakie Doke AND whoever created the Teletubbies: I’m talking to you.

The other day after reading a post about TV shows we loved as kids, I remembered how much I irrationally hated Noddy.

did you ever irrationally hate a character from a kids tv show for no real reason, like what i would give to punch Noddy in the face

This intense loathing, the kind I only ever associate with Lucas Scott from One Tree Hill, came over me and all I could think about was the Noddy theme song for the rest of the day.

But as the great philosopher, Aristotle once said, “through pain comes lists… not listicles, but lists”.

So here’s a roundup of characters from kids’ TV shows that were annoying, scary or downright traumatising.

Apart from maybe the second-worst theme song in the history of TV (see below to find out the actual worst), Noddy just had a punchable face. Then he basically just spent his time driving around beeping his car horn. Truly annoying AF.

And why does he always look like he’s got a fever? He’s probably going round infecting all the other toys, smh.

What else can be said? Owner of the creepiest and worst theme song in the history of childrens’ TV shows, Oakie Doke really just invokes a special type of rage and annoyance in oneself.  In case you don’t believe me, here’s what was said about him in my office. “I want to pluck his little ears out,” said my coworker. “I hate him so much, I want to rip his head off,” someone else said*.

I’m not gonna lie, I couldn’t remember heaps about Babar until Wikipedia stated he married his cousin and that is exactly why he deserves to be on this list.

Have you literally met a man more incompetent at his job? 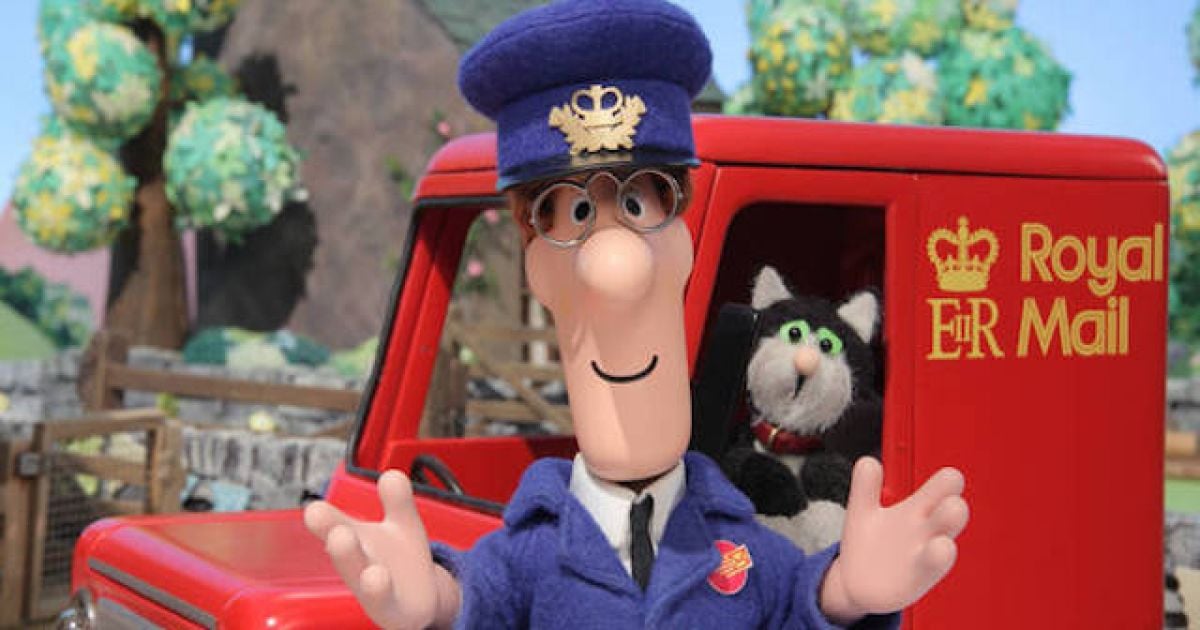 Old boi Pat couldn’t even deliver the bloody mail on time, I’d ask how hard could that POSSIBLY be, but then I remember all the PR people I’ve forgotten to write back to in my career so far.

6. All of the Teletubbies

They’re something born of a fever-dream or maybe just after a really potent goon punch.

I mean, what the FUCK?

What a smug bastard. 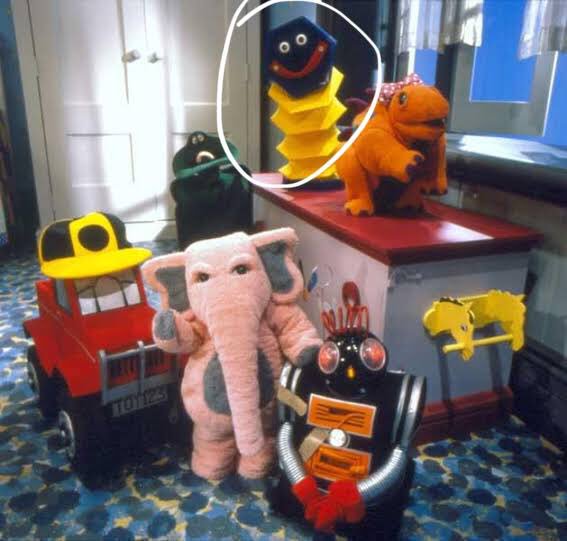 Why does he look like he knows all your deepest darkest secrets and wants to feast on your soul?

8. Bubbles from The Powerpuff Girls

Whether she’s sad, angry, or just living her day-to-day life, was an episode ever complete without Bubbles bursting into tears at some stage?

I’m all for having a good cry from time to time but homegirl has gotta get it together.

The image says it all.

Australian TV has A LOT to answer for.

IDK who died and gave Tommy the confidence to think he was king ding-a-ling, but this bossy toddler was annoying AF. And he also treated Chuckie like trash, #Justice4Chuckie.

The face will forever haunt my dreams.

A coworker pointed out this character from a 1980s show and I need immediate therapy. Watch the trailer and tell me you don’t feel the same way.

If we thought the Teletubbies were bad, these budget Teletubbies are even more nightmare-inducing.

14. And the guy from Grizzly Tales for Gruesome Kids 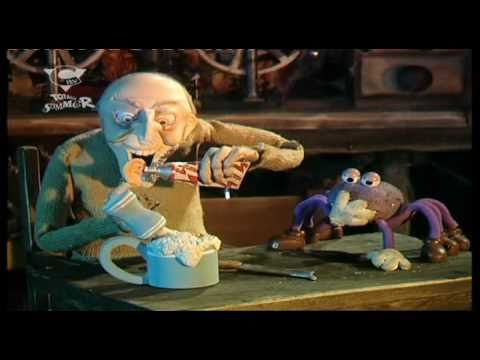 Who even thought this was OK?! No wonder so many millennials have anxiety.