In an ever-changing world, some things remain consistent: and for the last 35 years, Neighbours has been keeping us entertained with storylines ranging from heartwarming, to tragic, to downright bonkers.

The insanely popular soap is celebrating 35 years on our screens and this week there’s a jam-packed, double episode a night. And considering a lot of us are practicing social distancing right now, there’s never been a better time to tune in.

We’ve decided to look back through the years and pick out some of Neighbours‘ more memorable moments:

Imagine the Royal Wedding but Neighbours style – the whole thing was viewed by an audience of 19.6 million in the UK! Daphne, played by Elaine Smith, was killed in a car accident on the way to her father’s funeral because the Neighbours world is brutal. She was the first character to have an on-screen death on the show.

One minute happiness at a butterfly enclosure wedding, the next, Kerry was shot dead along with her unborn child while trying to save ducks from hunters. WTF Neighbours?!

Harold Bishop that is, not Harold Holt.

Todd Landers died of cardiac arrest after surgery, right in front of his pregnant girlfriend Phoebe. He came back in ghost form in the next episode.

Was she pushed or did she fall!? The drama.

She was the matriarch of Ramsay Street after all, but she died peacefully on her sofa. Thank God she wasn’t swept off the rocks and out to sea.

8. Karl’s affair with Sarah and the slap that was heard around the nation (1998)

He was rescued just in the nick of time!

Maybe the saddest death to ever be seen on Neighbours.

God these Ramsay Street people really have it tough.

13. The most memorable Neighbours wedding of ALL time: Toadie and Dee’s short-lived marital bliss turns into tragedy (2003)

On the way to their reception, their car plummeted into the sea and Dee was never found. But more on that later.

That damn Karl and his wandering eye. When will he ever learn? Of course Paul Robinson was involved.

Even MAFS lasts longer – these two split immediately after the wedding.

I’m not crying, it’s raining on my face.

19. The Erinsborough bushfire that brought on another ghost (2008)

The fire claimed the life of Marco Silvani who returned as a ghost at his own funeral. Huge mood.

Bridget Parker was found wandering in the bush with her baby after a car accident, then promptly died because we can’t have nice things.

Paul Robinson was pushed from the Lassiter’s balcony and there were SIX suspects.

This was a year after Sonya was revealed as Callum’s biological mother. 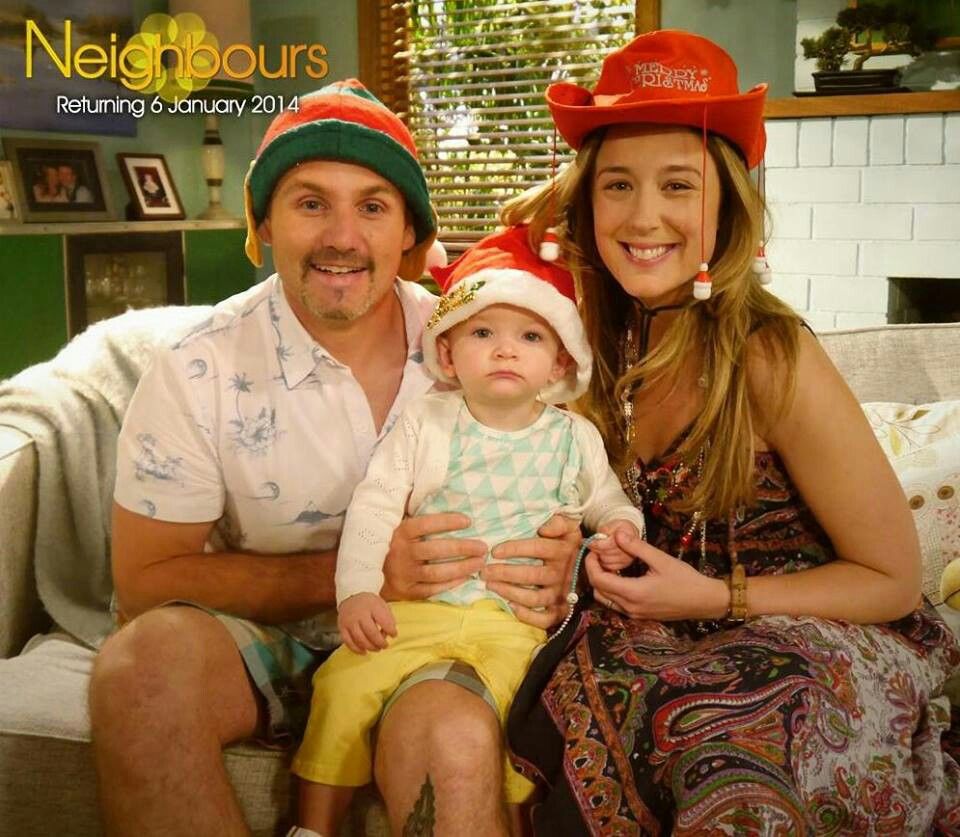 23. Paige Smith is discovered to be Lauren’s “stillborn” daughter she gave birth to 21 years earlier (2014)

Who even knew this was possible?! Holy moley. First Dee’s doppelganger Andrea showed up and created chaos claiming to be Toadie’s dead wife, and then we found out the real Dee was still alive and had changed her name and just led a secret life for 17 years. As you do.

27. The anniversary week of 2020, which includes five weddings and three deaths.

We all need a distraction this week, let’s not lie.