Dave Hughes is the only original judge to remain on the panel after Jackie O, Dannii Minogue, and Urzila Carlson confirmed they would not be returning.

The network announced the 2022 judging panel with a low-key cursed photo that looks like a bunch of random press images cobbled together. It’s so natural! 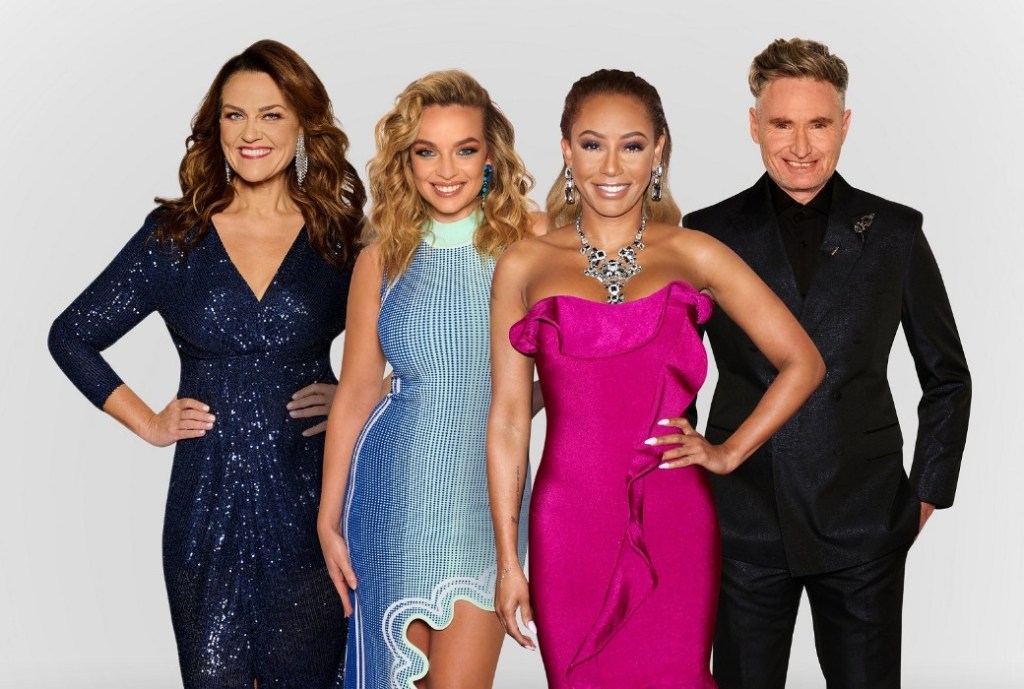 The most random person on the panel has to be Mel B, who will fill the international celeb quota that the show has sorely missed since Lindsay Lohan’s departure. The Spice Girls singer is hyped to join the Aussie reality show, as someone who has been a contestant on international versions before. “Hello Australia. I have missed you so much, but I am back and I can’t wait to get the party started with Hughesy, Abbie, and Chrissie,” said Mel B.

“Let me tell you though, I am the best ever game player and I have something up my sleeve that none of these guys have… I’ve hidden behind these masks as a competitor not once, but twice. So I’m bringing all my secret inside knowledge to this. But more to the point, I’m bringing the fun. Fasten your seatbelts everyone, it’s going to be a rollercoaster ride.”

The upcoming season will see Abbie Chatfield return to the Channel 10 network after hosting Love Island’s after-show on Channel 9 last year. Abbie’s judging gig follows her breakout debut on The Bachelor in 2019, before she was crowned queen of the jungle on I’m A Celebrity in 2021.  “I am thrilled to be joining the panel! I’m the first to say I can be competitive and I’m so ready to put my pop culture knowledge to the test and guess who is under the mask. Bring on the clues!”

The Project’s Chrissie Swan is also ready to get down to business. “I’m here to guess who is under the masks,” she said. “And let’s face it, I couldn’t possibly be any worse than Hughesy at guessing them correctly!”

Hughesy will be back to reclaim his title as worst guesser of all time. “How lucky am I to already have three amazing years with a brilliant cast,” Dave said. “I look forward to another season of so much fun with a stellar new guessing group. They are going to look for me for guidance. God help them.” Amen, king.

Osher Günsberg will return as the hostess with the mostest (extra outfits), with Season 4 of Masked Singer expected to air in the coming weeks.