The Definitive Ranking Of Cereal You Can Buy In Australia

Cereal is a perfectly acceptable meal. For breakfast, lunch, dinner, your wedding reception, whatever! It just works!

Long before fancy brunches took up our mornings, or we downed a protein shake to start our days, the breakfast food most of us ate was a humble bowl of cereal. Every household likely had a certain cereal that was the most popular (I prayed for Coco Pops but accepted a sad life of Corn Flakes) and there were plenty to chose from. But what is the best cereal? I’m tasting them all and it’s time for the ranking to end all rankings.

Pleased to report, I finally got to eat Coco Pops. What a thrill!! It must be noted that there’s a lot of cereal varieties these days — countless mueslis, oat clusters and fancy-as-shit flavours — so I’m just sticking to the classic cereals we all know, love and ate growing up in Australia. You know, your Sultana Bran, Rice Bubbles, Weet-Bix etc. The gang is all here!

Let’s get into it! Get ready to disagree!

The definitive ranking of cereal:

I’m sorry my gluten-free pals, but this sucks. I feel like I’m eating milk-soaked cardboard. It’s the wrong texture to normal Weet-Bix and doesn’t soften with milk, so the wheat layers stay dry for the most part. THIS DEFEATS THE PURPOSE OF BEING WEET-BIX? Very disappointing cereal. All Bran is such a unappetising name for a cereal, but look, it’s accurate. It’s just ALL BRAN. This was truly DISGUSTANG! What the shit are these things? Rabbit food? Absolutely zero stars. This is truly the Karen of cereal choices. Like who TF wakes up just gagging for a bowl of Just Right? It’s created entirely for a middle-aged person in need of outrage fuel, before they go speak to the manager.

This tastes…exactly like Just Right. Like, you’ll never convince me that they are different cereals. Both taste like something that should be consumed by a kangaroo, rather than me: a human girl.

In my mind, I thought once I turned 30 (and became flirty and thriving too), I’d start eating Special K. I remember the ads would always feature a bunch of 30-something women sitting around laughing over their bowls of cereal, and I thought that would my future. I was excited for it.

It turns out, Special K is not that nice. It has a very sweet, overpowering dark wheaty flavour. I couldn’t eat more than a couple of spoonfuls. I guess, I’ll have to say goodbye to all those cereal friends I was going to make and the laughs we would share. Whether you like Sultana Bran or not will probably be dependent on whether you like sultanas — as that’s the flavour that dominates everything. I personally do like sultanas, so I didn’t mind it, but take away the dried fruit and this would be an extremely sad cereal. 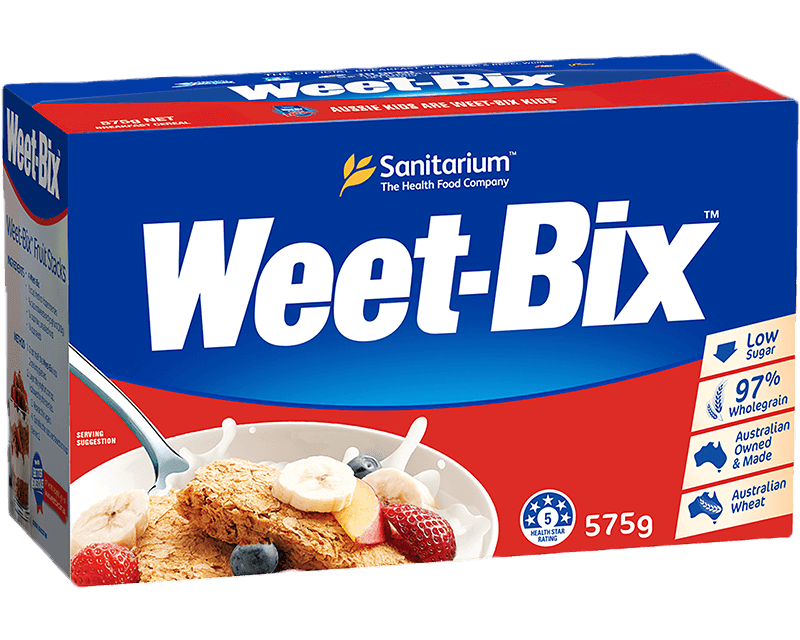 Weet-Bix are a no frills cereal and it gets the job done. It’s not my fave by a longshot, but if I’m desperate and the only cereal in the cupboard is a lonely box of Weet-Bix, I’ll grab it. But I have to pile on the sugar to make them palatable.

OK, OK, OK! Just hear me out: it’s good! Shredded Wheat make me feel nostalgic, as when I was young my parents often couldn’t afford their fancier alternative Mini Wheats (remember those?!), so I’d eat these cheaper, unfilled pillows of wheat instead. It’s actually nice! Try it! I might be wrong! That’s never stopped me ranking things before!

I hate Nutri-Grain, but it doesn’t have anything to do with the cereal. I’ve always felt excluded from their marketed campaigns simply because: I DON’T WANT TO BE AN IRON MAN!! I just don’t! You can’t make me! I actually thought growing up that if I ate Nutri-Grain , I’d wake up one day wearing runners with an insatiable thirst to do a triathlon. The actual horror.

Anyways, I tasted it and…it’s quite nice. The level of sweetness is to my liking, but it’s just not the kind of flavour where I want to keep shovelling it in.

Rice Bubbles are the kind of cereal I can take or leave. I appreciate it existing in the world, especially because it forms the bricks that build LCM bars. But as a cereal, it’s a bit bland and gets soggy quickly.

Another cereal staple, Corn Flakes have a slight edge over Rice Bubbles because it stays crunchy for longer. That being said, it’s just not an exciting cereal. However, I will forever be grateful to Corn Flakes for bringing schoolyard treat Honey Joys into my life. I always considered Froot Loops as the breakfast of rich kids. It was often featured on a lot of TV shows I watched, and I knew it as the trendy cereal that the popular girls ate at primary school, but it was too expensive for my household.

Since I was never allowed to eat it growing up when I finally got my hands on a whole box a flood of memories hit me. “TAKE THAT, CAITLYN!! I CAN EAT FANCY CEREAL TOO! SHREDDED WHEAT BE DAMNED!!” I yelled into my bowl. Saying that, once that feeling subsided I wasn’t overly impressed. Like, the flavour is good but it very quickly dilutes in the milk. AND the different colours aren’t even different flavours? What a con. That toucan is living a lie.

I say screw Froot Loops, because Cheerios are JUST AS GOOD. Actually, they’re even better. I feel like it’s made of more natural ingredients because they’re colourless (unlike colourful Froot Loops) so they’re healthier, which is the same logic I apply to brown M&Ms. But anyways HEALTHIER and CHEAPER.

This might controversial because people tend to either love or hate Milo cereal, but I quite like it. The flavour is extremely sweet and doesn’t taste quite as Milo-y as it should, but the crunch is so good and it doesn’t go soggy too quickly which is the most important trait of any cereal imho.

I didn’t have these growing up and my childhood suffered immeasurably. These are the best. Because the cereal is in little compact bites, it’s perfect to avoid your cereal getting too soggy or staying too dry. You can bob each piece around in the milk until you’re ready to eat. Flavour wise, it should be Wild Berry or nothing. These top three cereals are nearly perfect in every way. Coco Pops are iconic for a reason, and a bowl is an absolute feast for the senses. It’s crunchy and flavours the milk with a chocolate taste, so eating a whole bowl of these bad boys is the most delicious of experiences. Absolute cereal goals.

This is the closest cereal to the beloved Mini Wheats of my youth and these are a very worthy substitute. There’s just something extremely comforting about little pillows of fruit wrapped in wheat. It doesn’t get too soggy. You can tell yourself they’re healthy. I like to think each piece is individually crafted by angels.  It’s the best. I did not come to play and this is truly the breakfast of champions. Crunchy Nut is just so delicious in every way. It’s got everything you need: cereal, sugar, and crunch-factor. Yes, it is super sweet but you didn’t come here to fuck spiders, you came to eat delicious cereal. Bingo-bango. This is it. Nothing will ever compare.