Just Hear Me Out: Luke On ‘Gilmore Girls’ Was Actually Straight-Up Toxic

When it comes to the characters on Gilmore Girls, you don’t get much more loveable than Luke Danes.

Introduced as the grumpy diner owner who serves the townsfolk of Stars Hollow their daily coffees, Luke would go on to become Lorelai Gilmore’s most enduring love interest. The chemistry between Scott Patterson and Lauren Graham was undeniable, and their back-and-forth bickering became a touchstone of the ’00s series, which was driven by the couple’s will-they-won’t-they narrative.

Luke was stubborn and set in his ways, but he also proved himself to be kind, funny, caring, and deeply loyal — making him a favourite among most Gilmore Girls fans. However, upon a recent rewatch I had a sobering realisation: yes, Luke Danes is all those things but he’s also straight-up toxic.

Luke exhibits behaviour that from any other character would be a massive red flag, yet because it comes packaged in flannel and backwards hat, all is seemingly forgiven.

Here’s why Luke Danes was actually rather toxic on Gilmore Girls:

1. Luke could get quite angry

Luke could go from zero to 100 real quick, and it was unnerving. I’ll never forget the time that he exploded at Lorelai because she was upset that he didn’t tell her that he had moved — which is a pretty normal reaction for a friend to have.

Luke screamed at her “You think everything is your business. Everything is about you! Well here’s a newsflash, some things aren’t about you. I DON’T HAVE TO TELL YOU ANYTHING!” he shouted. “I owe you nothing! NOTHING!”

In what world would a man yelling at a woman like that ever be acceptable? 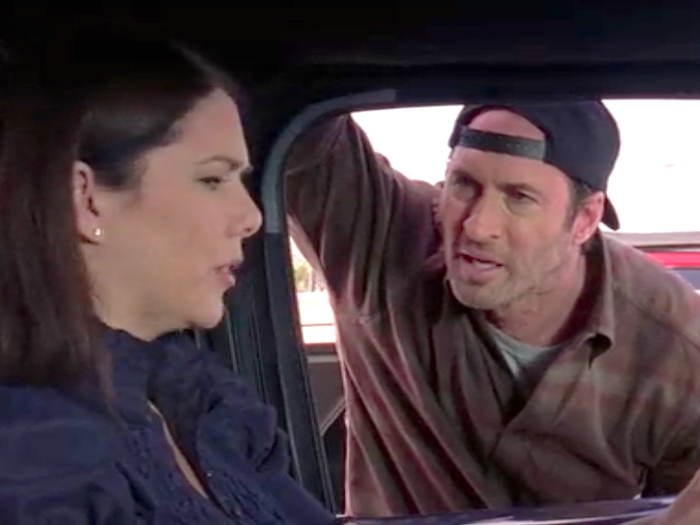 2. Luke was often unwilling to have any kind of open conversation

When Lorelai and Luke did end up dating, he was the worst communicator of all time. He broke up with Lorelai for the first time simply because he wasn’t ready to talk to her when she was trying to salvage their relationship after Emily tried to intervene. If he had heard her side of things, they probably wouldn’t have split up in the first place but his inability to communicate got in his own way.

Luke even bought a goddamn house without discussing it with Lorelai. Then there was how he handled his daughter April suddenly coming into his life. By this time, he was engaged to Lorelai but didn’t tell her for two months that he found out he had a daughter. When Lorelai tried to help him with raising April, he shut her down again and again, unwilling to even have a conversation. It got to a stage in Season 6 where Lorelai was afraid to bring up any touchy subjects that could trigger him.

In the revival A Year In The Life, Luke was even worse in older age. He resisted any type of open dialogue with Lorelai: when she tried to ask him about how April could afford to travel overseas, he snapped “April’s mine!” and when she tried to explore surrogacy options in Paris’ fertility clinic, he simply said “No!” and left the building. Red! Flags!

3. Luke was not in touch with his emotions

If it takes a self-help tape for you to realise you’re in love with someone, then you know you have problems. Why does a grown-ass man have to be alerted to his own feelings, rather than just feeling and recognising them.

Later in the series when Lorelai sang Dolly Parton’s ‘I Will Always Love You’ to Luke, you’d think this would be enough of a sign for him to try to salvage their relationship, but he once again suppressed his emotions. And in AYITL, it took Luke thinking that he was going to lose Lorelai to finally fight (and show some enthusiasm) for their future together. 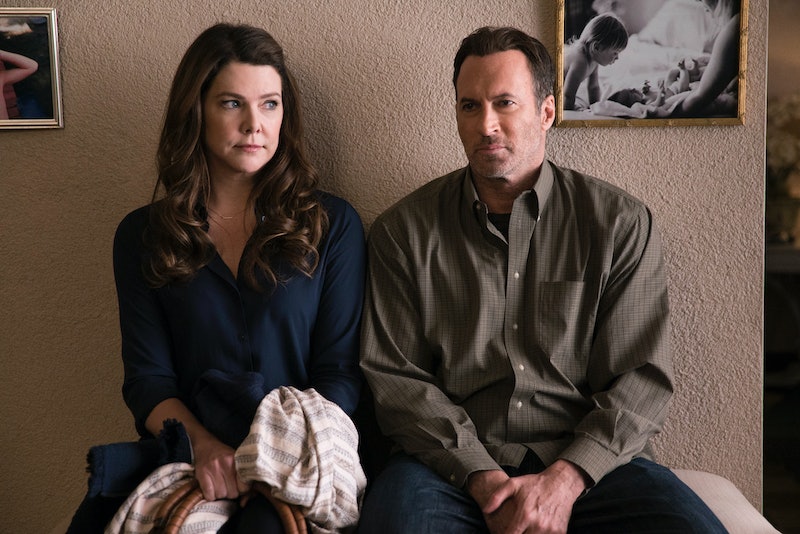 There were quite a few times throughout the series when Luke had explosive outbursts. When he’s having a bad day, he physically removes customers from his diner. He once pushed Jess into a lake (although it was pretty funny). When Rory and Dean split, Luke blocked Dean from entering the diner by physically assaulting this… errr, like 16-year-old kid.

Then there was the time he kicked his ex-wife’s new lover’s car and got arrested. And this isn’t even covering him punching Christopher after finding out he slept with Lorelai, then getting into another fistfight with him again later in Season 7. Two adult men fighting over a woman? Grow up!

5. Luke had a weird complex about Rory’s boyfriends

It’s nice that Luke thought of himself as a father figure in Rory’s life and it’s a feeling that is warranted given how little her actual father Christopher showed up in her formative years. But it doesn’t excuse how psycho Luke got when it came to Rory’s boyfriends — and especially Dean and Logan.

From picking a fight with Dean on their double date to being unjustifiably rude to Logan at Martha’s Vineyard, Luke was at his most toxic around other men. Being protective is one thing, but Luke acting like he has some kind of ownership over Rory was beyond cooked. 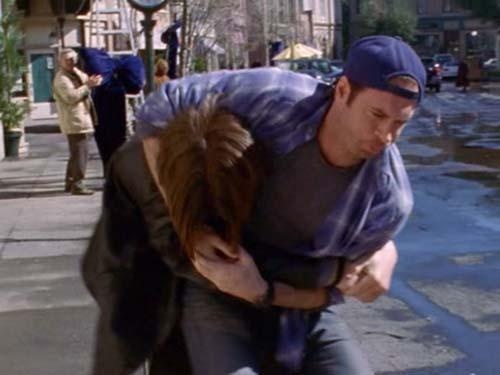 We can probably blame this on Gilmore Girls creator and writer Amy Sherman-Palladino, but Luke was super inconsistent. One minute he wanted Lorelai to explore her career options, the next he’s freaking out that she’s even pondering accepting a new job. He went from wanting Lorelai to start planning the wedding at the start of Season 6 to showing no interest in their wedding once April came along.

The worst example was during the dreaded Martha’s Vineyard episode, where Luke’s unhinged behaviour became one of the many grudges I’m holding against the show. Luke is all about honesty and being upfront, but then he took a gift from Logan and regifted it to Lorelai for Valentines’s Day when it was a present bought for Rory. This deceitful act went against everything we had learnt about Luke. Make it make sense! 7. But don’t worry, Lorelai was just as toxic

This article is not saying that Lorelai is better and deserves better than Luke. In fact, they are both as toxic as each other. Lorelai could be deeply selfish, equally secretive, and there were many times where she would yell at Luke, or violate his space and boundaries.

They’re actually a match made in toxic heaven.