13 Food Debates That Get Every Aussie Fired Up

There’s no denying Australians love to argue about petty things and nothing gets us more fired up than debates over food.

From where tomato sauce should be kept to the correct order to rank Arnott’s Shapes, we just can’t stop disagreeing about food. It’s the kind of subject that when debated it turns into an all out war, where people separate into factions and friendships are forged or fractured. How fun!

The following food debates often end with Australians screaming in each other’s faces:

#1. Tomato Sauce Should Be Stored In Fridge Vs. Cupboard

A debate as old as time itself, or well…the invention of tomato sauce. Should sauce be cold or room temperature? I would argue that the bottle itself settles the argument by instructing for the condiment to be refrigerated after opening, but there are still many die-hards out there who remain loyal to storing sauce in the cupboard.

It says refrigerate once you've opened it. But i still put it in the pantry.🤷🏽‍♀️ Whether you call deep-fried potato slices ‘potato cakes’ or ‘potato scallops’ might be the quickest way to locate where you were raised in Australia. We will never agree. Accept it.

“We now have final confirmation and irrefutable proof …

#3. How Much Vegemite Belongs On Toast

This is another debate which will never reach a consensus. I personally like my Vegemite gentled skimmed across the surface of bread like a Monet watercolour but there are psychos out there laying it on as thick as Nutella. The horror. 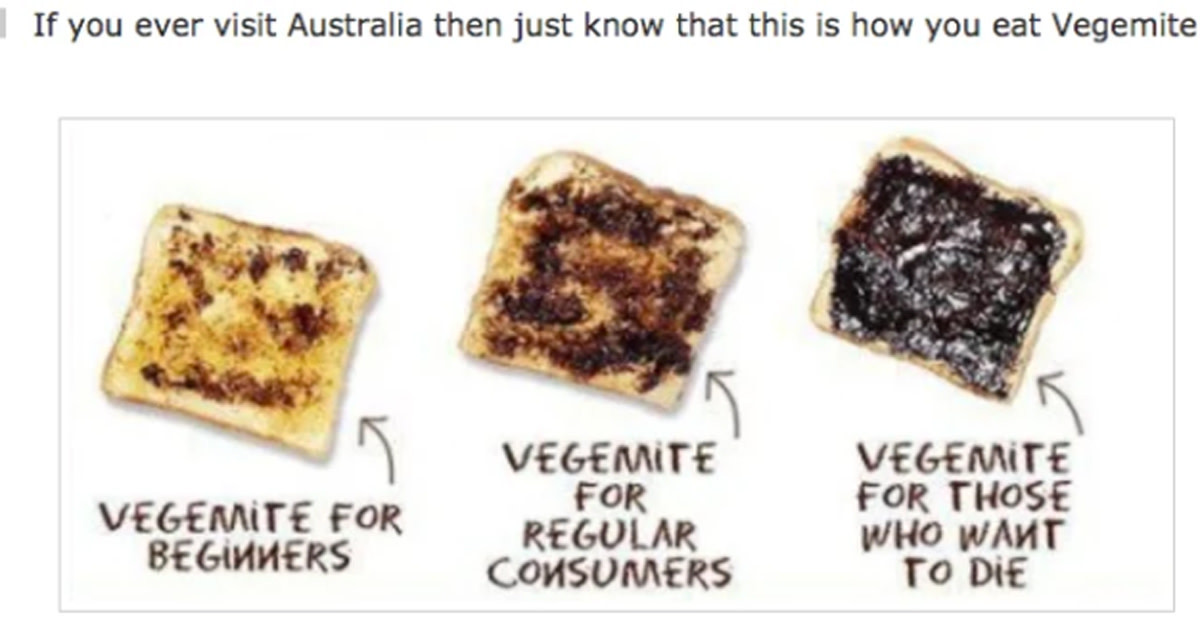 Back in the day it used to be all about pizza and barbeque but with the new recipe messing with our OG flavours, chicken crimpy has been gaining popularity. I must admit after a recent road test, I now stan crimpy. But don’t even get us started over whether shapes are biscuits or chips.

Pizza Shapes are the best Shapes and anyone who disagrees deserves to die, imo.

Am I the only one that thinks chicken crimpy are the best kind of Shapes? Down with the pizza/barbeque brigade

It wasn’t until I reached adulthood that I realised you’re either a choccy or strawb milk fan. They both have their positive and negatives, I guess. Saying that..anyone who prefers strawberry over chocolate should probably be put in jail.

Which childhood treat is the best? The answer will divide an entire office, as we know all too well at Punkee as we have this debate A LOT.

What can I say…

I’m a sucker for a choccy crackle. I’m not here to eat spiders and have my inner mouth stabbed by uncooked noodles.

#7. How Much Milk To Pour On Weet-Bix

There is a fine art to pouring milk on Weet-Bix. You don’t want your weety bois to be left soggy but not enough milk is like eating sawdust. But that being said, too much milk is NOT OKAY either.

Another argument that often occurs across state lines. The correct name for drink sized can be very confusing at times. Yes, Melburnians and South Australians do things differently. This often leaves Sydney folks confused by the term “pot” while the word “middy” means nothing to us down south. If you don’t have your own individual technique for eating a Tim Tam then you need to reassess your priorities. Whether you’re partial to a Tim Tam slam or just a dip and nibble, everyone has their own style. Bring. Back. Marble. We’ve said it before and we’ll say it again. After all these years, any mention of the Cadbury relic of the past among a group of Australians still descends into absolute hysterics.

While you’re at it, bring back them smiley bois!! I honestly haven’t smiled since I last saw one on my plate. Also they are superior to potato gems. If you disagree, fight me.

#12. The Position Of Onions In Snags In Bread

Aussie news is great, I have flipped though 3 different news situations and seems like everyone’s biggest news is that there are new rules to put the onions under the sausage in sausage sizzles

Which biscuit variety reigns supreme? We as a nation might have to agree to disagree over which is the best *cough* Monte Carlo, duh.

Enough arguing! I need to get myself some Monte Carlos asap.