After the shortest season in Big Brother history, this week either Sarah, Chad, Sophie, Mat, or Daniel will walk away with $250k.

To say the final five is underwhelming would be an understatement. Missing season standouts like Angela and Kieran, this year’s new (and flawed) voting system has meant that most of the bigger personalities were voted off by their fellow housemates, despite being extremely popular outside the house.

Viewers haven’t been shy about their views on the contestants who ended up making this week’s finals.

I usually never vote in TV competitions but boy will I be picking up my phone to vote for anyone but Dan or Mat in the finale. #BBAU pic.twitter.com/uiC9VuFgOH

this is y’alls winners? massive egos, targeting all the women specifically, bullies kieran about his weight, wanted a “boys club” in the house, thinks they’re the top shit, and they’re literally not even funny #bbau pic.twitter.com/7kAULoaQrd

I don't care what anyone says this season ended the second we lost Angela and Hannah. Dan and Mat ain't SH*T #BBAU pic.twitter.com/hwqRuNqPzu

So in a perfect world, who would have made the final week? It’s time to rectify this mess of a season.

We ranked which housemates should have made the finals of Big Brother: Mat’s Big Brother experience has been defined by other people. First, he was one of ‘alphas’, then he and Daniel decided that together they were the two to beat in the competition. I would have loved to see him stand on his own or to, you know, actually get to know him on any sort of deeper level. But tbh, I know nothing about his personality other than the fact he’s from Broken Hill. 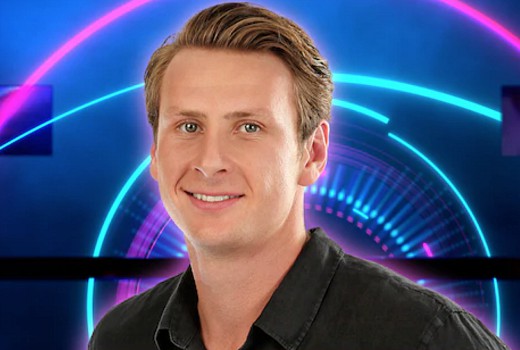 Dan has rubbed a lot of viewers the wrong way and he has been called out for bullying twice during the series — first with Casey and more recently with Kieran. I don’t mind the guy, he can be funny at times but he’s also just the same type of larrikin character we’ve seen time and time again on this show. Australia is ready for something new. Who? Poor Danni copped the most nonexistent storyline of all the housemates. Zoe clearly came on the show to further her blog and thought she would go all the way. But she left super early in the season and has since wiped all evidence of Big Brother from her Instagram feed. She didn’t bring much to the show and her departure didn’t change the dynamics, so no huge loss. I would have probably loved Shane if they bothered to show him. The marriage celebrant seemed like a lovely guy but his edit suffered the same fate as Danni: we didn’t get to know him in any way, shape, or form.

The only thing I know about Hannah is that she pashed Kieran in the house and this was edited out of the daily show. This nugget of information is enough for me to determine that Hannah should have stayed in the house for longer. Marissa was good value as a housemate. When nominated, she would blow up at whoever sent points her way providing much-needed drama, and she was BFFs with Angela so we know she has excellent taste. WE. DESERVED. MORE. SOOBONG. The man is a total weapon, a trained ninja and there’s so much more we could have discovered about this dad-of-three who lives in a van. The man would have so many stories. Chad seems lovely and isn’t like the typical international models we’ve seen on reality TV in the past. That being said, the best thing about Chad is Sophie and without her, he could have gone by week two. Allan was annoying as hell and would have driven the housemates nuts, but the show needed that conflict. By evicting Allan in the first week (along with two other people of colour) this was a lost opportunity. Allan’s big personality was picked to be on the show for a reason and that was to create drama, so he should have at least stayed until the end of week two. Another drama-magnet who left too soon, while Talia got on a lot of people’s nerves in and outside the house, there’s no denying that she stirred conflict. More importantly, she was a worthy nemesis for Angela and every hero needs a villain. I’m not saying Talia deserved to be in the finals, but she should have stayed a little longer.

I think Casey was robbed. She was barely featured in the episodes, and when she was it was either about her being bullied by the boys in the alpha group, or she was complaining about being constipated. Lmao. To be fair, that was pretty funny but give a girl a break. If only the series listened to viewers’ demands that we wanted to see Xavier actually featured in the episodes. The guy was barely shown during the first couple of weeks and then was evicted by his fellow housemates for being a threat. A threat, how? WHO IS HE?? As one of the most tweeted about housemates all season, people were clearly drawn to Xavier and we deserved to see more. OK, I get that Laura was in one episode BUT she seemed great. We saw her awesome clapback to Kieran trying to nickname her L-Dawg, replying with a deadpan “don’t ever do that”, and she was slowly starting to open up before her journey was cut way too short. #JusticeForLaura. Sarah is wonderful and I wish we got to know her better. Never forgot the time she asked whether coronavirus was like the chicken pox. If Garth had stayed longer, I can guarantee there would have been more drama in the house. The departure of the resident gossip king made the house a lot more boring. The only housemate who actually deserves to be in this week’s finale is Sophie. I said what I said. She’s a challenge beast, her commentary in the diary room is genuinely entertaining and she just seems like a nice person. Sophie’s so pure that she’s incapable of being stealth in secret challenges without giving it away every damn time (like with Chad’s step counter task) and it’s hilariously wholesome to watch. Give this woman the crown already. Whether you love or hate him, this season would have been a much different beast without Kieran. He was targeted from the very beginning by housemates and the poor dude struggled throughout, but thankfully he had the last laugh as he walked away with $15k last week. Remember Ian??? He was a massive sweetheart and a unique character that Aussies hadn’t seen before on reality TV. Ian had so much promise to become an unforgettable housemate but was voted out criminally early because of this year’s broke-ass voting system. I can almost guarantee that a public vote would have saved him. Tbh, Ian finding out that his spider died is the only time this season of Big Brother made me feel anything. Angela winning Big Brother and using the prize money to fund a lifetime supply of English Breakfast tea and lipgloss is the timeline we all deserved. There is no denying that she was the most popular housemate online this year and if she competed in the old format, she would have had a damn good chance at claiming the top spot.

This is my Big Brother winner for 2020. Bring on next year’s season!

If you still want to see who actually wins, Big Brother’s finale week begins tonight at 7:30pm on Channel 7.